Startup Finds Paying Consumers To Look At Ads Is About Value, Not Money 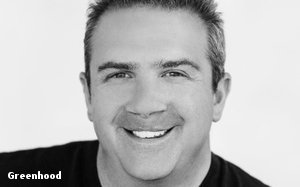 Of all the existential issues Madison Avenue has had to grapple with in recent years, none seems so antithetical as new models that effectively bypass media altogether and treat consumers as their own, first-person medium. And by that, I mean a “paid” medium. The industry has begun putting new-and-improved labels around the concept, calling it “rewarded,” “opt-in,” etc, but the bottom line is they are models in which an advertiser pays a consumer directly for engaging with and completing an ad experience.

At least two top ad trade associations -- the Interactive Advertising Bureau (IAB) and the Mobile Marketing Association (MMA) -- already have formed working groups and begun conducting research on the model, and some of Madison Avenue’s biggest agencies and brand marketers are beginning to embrace what only a couple of years ago would have been written off as a taboo practice known pejoratively as “incentivized” viewing.

“The ones that are trying it are just stunned with the results they’re getting,” boasts Adam Greenhood, an ex-agency creative director who last year launched one of the purest-play versions of the new direct-to-consumer ad model, AdWallet.

AdWallet, which just completed its first year of beta testing with 40,000 users in New Mexico, is one of the most explicit models paying consumers to engage with ads. Fifty cents of every dollar an advertiser pays to engage a user through AdWallet goes directly to the user.

“There is still a trepidation among advertisers,” says Greenhood, but when they use it they are stunned by the level of engagement they get.”

While many of the brands AdWallet has been working with have been local or regional ones in New Mexico, some recent national brands include Airbnb and Southwest Airlines, which have used it to conduct tests for advertising and marketing effectiveness that have helped inform multimillion-dollar national ad campaigns.

AdWallet’s pitch to both consumers and brands is simple. To consumers, who are increasingly becoming aware of how big digital platforms monetize their data, attention and actions, it’s about personal value, and self-worth.

To advertisers, it’s about the efficient economics of a pure ROI model with zero waste.

Users who install AdWallet provide detailed information enabling brands to target them with messages and offers tailored exactly for them. When a match is made, users receive a text notification and have up to three days to engage with it. When they complete the ad experience and provide the correct answer to a question about it, they receive 50 cents. If they share the ad on social media, they receive another 25 cents.

AdWallet caps the number of ads a user can engage with to no more than three per day, because, as Greenhood notes, “more than that would defeat the purpose and the ads would just become white noise again. We are trying to turn advertising from an interruption into an invitation.”

AdWallet provides a 15% discount for agencies and big brands using the platform, and a typical $1,000 campaign delivers about 900 completed engagements and 400 social media shares. Each one of the social media shares is estimated to generate about 100 “viral” views, which are treated as bonus, un-targeted impressions.

What has Greenhood learned after one year of testing the model? Aside from more traction and acceptance from agencies and brand marketers, he says he’s most surprised by the types of users engaging with it.

They’re not Millennial slackers looking to earn money on the side, he says. Instead, the average AdWallet user is 45 years or older and earns more than $100,000 a year. The main reason they have been using the platform, he says, is not the money, but the sense of being valued. In addition to the explicit value exchange of being paid to look at the ads, most of the AdWallet engagements also provide valuable offers to users to download, such as discounts for purchasing products or services.

Some of the most surprising categories Greenhood says have been using AdWallet are political campaigns and Cannabis retailers.

“We’ve got a bunch of politicians coming on that love that they can target a Democrat in a specific zip code, but they only pay when they actually pay attention to their ad,” Greenhood explains, adding, “But they’re not including an offer. They’re including more information about their three key positions and a link to their website to donate or participate at a rally. We call it an offer, but it’s really just something that the user, after seeing your ad, can download into their AdWallet to keep.”

Meanwhile, he says cannabis retailers in neighboring Colorado have been looking for a legal way to target consumers in New Mexico. Because laws prevent them from advertising to out-of-state consumers who don’t currently have medical marijuana licenses, they are using AdWallet to target people who are registered with New Mexico’s medical marijuana dispensaries.

AdWallet, which just completed its first year of operations has begun generating positive cash flow and Greenhood says it plans to compete a series A round of venture funding that will enable it to expand into at least six major markets in 2019, the first one being Denver.

Like other entrepreneurs trying to develop new rules around direct-to-consumer ad models, Greenhood says he expects AdWallet to adapt, iterate and evolve as both consumers and advertisers become more cognizant of the direct value exchange nature of their relationships.

He says he’s still trying to crack the code for publishers. AdWallet runs advertising and promotions on publishers to recruit and install users for a model that otherwise bypasses publishers, but he envisions a time when AdWallet will “exist as code on publishers” enabling them to directly convert their users attention into ad value that can be stored in their personal ad wallets.

If his initial findings prove to be the case, it won’t be because they’re storing lots of cash in those wallets, but because they are participating in an exchange that directly recognizes their value in it.

“What we’re finding it it’s not about the money,” Greenhood says. “I mean, the money’s nice, but it’s not like a side gig for them. People like it because they are being invited, not interrupted and because the ads are relevant to them and include valuable offers.”