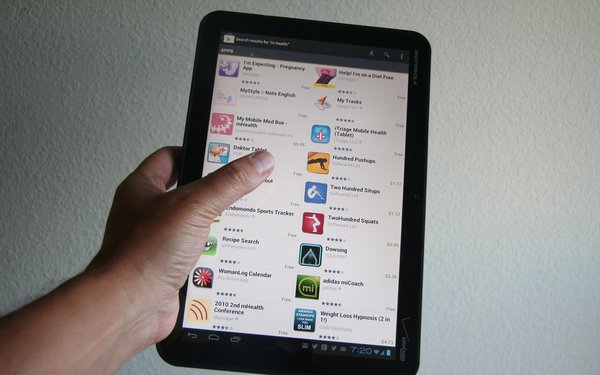 In the tech press, on morning news shows’ gadget reports, and in electronics stores, the focus of attention is almost solely on smartphones or voice assistants, not laptops or tablets.

As the saying goes, been there, done that.

A new report from Strategic Analytics says that while those old stalwarts are harder and harder to sell (or get excited about), their household penetration rate worldwide is an impressive 30%. And in many developed countries, 60%-70% of homes have one or the other or both devices.

It would be hard to predict that upward trendline from a casual look at current data: Global shipments are down 4% year to year, Strategic Analytics says..

But the Boston-based research and consulting firm  says there are many bright — if not necessarily technologically news-breaking — days ahead for laptops and tablets.

For one, more locales around the world are evolving both their computer needs and improved income, which should add up to increased sales. And the millions of current users at some point will want and need to replace their current units.

Consumers are gradually paring down the number of devices they own and replacing them less often. When they do, they don’t want to spend as much. That makes it tough for manufacturers to sell an improved product, so that’s a marketing challenge, too. .

“The trends in entertainment and work drive this enduring strength of connected computing devices and these trends are manifested in how diverse the installed base has become,” writes  Eric Smith, Strategic Analytics' director of connected computing. “People use devices based on what makes the most sense at any given time and while smartphones are a pocket away for many people, laptops and tablets are the go-to devices for long-form entertainment and work.”

For marketers, he says, “It’s crucial for vendors and retailers to be acutely aware of what drives a buyer to choose an Ultramobile PC versus a traditional notebook PC versus a detachable 2-in-1. Furthermore, vendors need to optimize their slate tablets to better fit in the entertainment picture as many older devices are approaching the end of the replacement cycle.”

In an email exchange with Marketing Daily, Smith elaborates. “What gets interesting going forward is the merging of Android app usage in Chrome OS devices. There are a lot of possibilities we see in widening the audience for Chrome laptops and tablets based on the usability and familiarity of Android apps. This is probably why we see more focus from Microsoft on adding in smartphone mirroring into Windows 10.”

The growth of “detachable solutions” like iPad Pro and Surface Pro signals to Smith that “there’s a big change in device mix ahead. . . Laptops and tablets are taking some of their cues from the mobile phone base.”