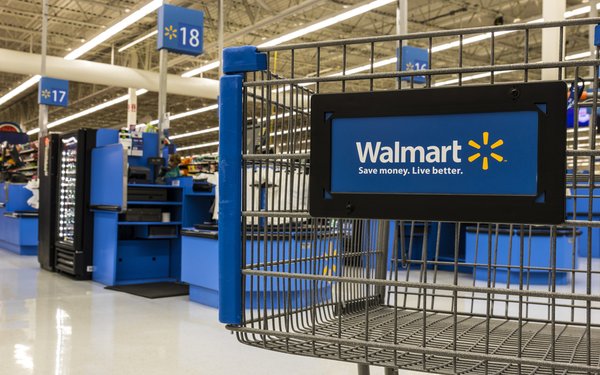 Walmart has its sights set on virtual reality shopping.

The retail giant has filed a patent for a virtual reality showroom system, which would feature a 3D virtual simulation environment with a VR headset with sensors and rendering of physical objects on the screen.

The viewer could see images of shelves holding products and select products virtually. The headset also could be used to capture additional information, since it could include image capturing devices, accelerometers and gyroscopes, according to the filing.

The key is that the VR shopping system would be integrated with other Walmart systems. The VR system could communicate with databases of physical objects, which could be located at “one or more geographically distributed locations.”

In some cases, the user could be in a room with sensory feedback devices, which could control the temperature and output smells corresponding to the interactions with the physical objects. The sensors' devices also could simulate wind, rain, heat, cold, snow and ice, all of which could be within a kiosk.

The VR showroom could be in a retail store, such as in a room or kiosk, for customers to compare and contrast products using the VR system. An example in the patent filing is a customer setting a table using various china, glasses and centerpieces with products that could be changed for a different table setting.

The patent filing provides at least one look at how physical retailers can leverage developing IoT technology. Whether the idea is ever implemented is yet to be seen, but now another potential use of VR in retail is detailed for the world to see.