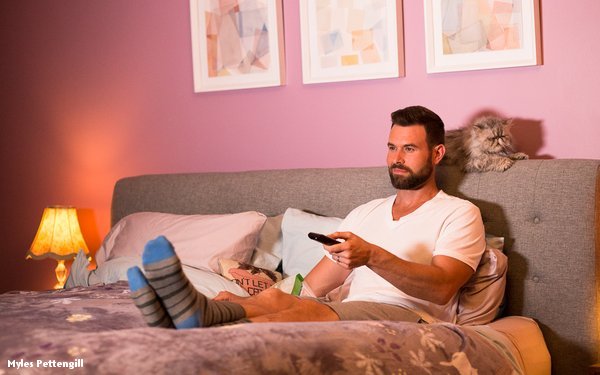 The streaming video service FuboTV is launching its largest marketing campaign to date, targeting existing cable customers to encourage them to cut the cord and subscribe to their service.

This is  the second marketing campaign from FuboTV and the first to include digital video units.

Alberto Horihuela, cofounder-CMO of fuboTV, tells Digital News Daily the company views this campaign as the “start of an evergreen campaign,” one that will last for some time.

The tagline is meant to represent two things. First, the product provides capabilities that many cable TV bundles can’t offer, and second, that FuboTV’s content encompasses all genres of content, not just sports.

“One thing we learned: When we looked at our ideal target demographics, we are talking about families,” Horihuela says. “So when we speak to them, it is not about the individual who wants to get the most sports for the least money, it is about a household that wants to have a great experience from a cord-cutting point of view.”

“A lot of families were worried that if they get this package, they would lose their favorite channels, or wouldn't be able to DVR, and a lot of things that people have relied upon in the cable space,” added Yale Wang, FuboTV vice president, marketing.

FuboTV launched in 2015 as a streaming service focused on soccer. It has since raised more than $150 million and has rebooted itself as a virtual multichannel video provider (vMVPD), streaming cable and broadcast channels.

Some of the other players in the space — including Hulu with Live TV — have been aggressive in ramping up their own marketing, with YouTube TV and Hulu securing sponsorship rights to sports playoffs from Major League Baseball, the National Basketball Association and the National Hockey League.

That competition means that FuboTV, which is not owned by a technology or media giant (though it does count media companies as investors), needs to respond with campaigns to educate customers about the OTT video space.