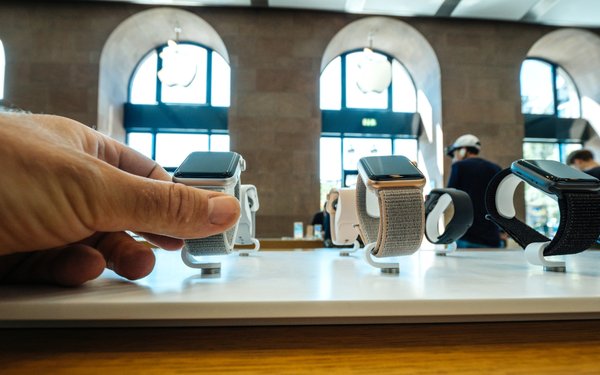 Bolstered by the Apple Watch, smartwatch shipments grew 37% for the second quarter, according to the latest Counterpoint global smartwatch tracker.

Apple retained its market lead, accounting for 41% of the market, according to the year-over-year figures. Market share for Fitbit grew from 8% to 21% for the quarter.

“Back in Q4 2017, Apple stepped up its strategy in the smartwatch segment by enhancing the features of smartwatches into broad-based functionalities, including some health and fitness tracking capabilities,” stated Counterpoint research analyst Satyajit Sinha. “Apple is catalyzing the trend of ‘smartwatch as a standalone wearable device’ with adoption of cellular connectivity, which is driving the new wave of cellular connected wearables globally, great news for mobile operators.”

Proprietary platforms continue to dominate in smartwatches, with Apple, Fitbit and Samsung using different versions of closed platforms, according to Counterpoint.