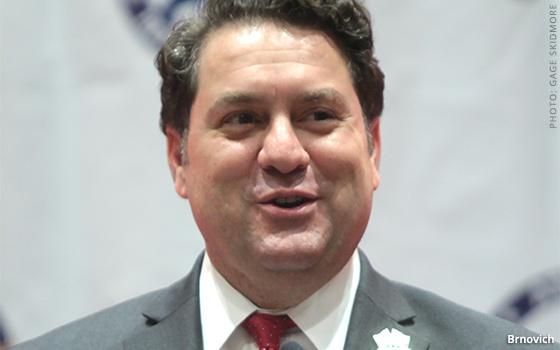 Google is facing a new investigation by Arizona Attorney General Mark Brnovich, who is probing whether the company's location-tracking practices violated a state consumer protection law.

In late August, Brnovich's office retained the Washington, D.C. law Cooper & Kirk firm to assist with the investigation. The retention letter -- a public document first uncovered by The Washington Post -- blacks out the name of the company under investigation. But the letter's timing, and the details of the tracking, make clear that the subject is Google.

"This matter relates to investigation storage of consumer location data, tracking of consumer location, and other consumer tracking through [blacked out material] smartphone operating systems, even when consumers turn off 'location services' and take other steps to stop such tracking," the letter reads.

The letter is dated August 21, which was about one week after The Associated Press reported that Google stores location data gleaned from some services -- including search and maps -- even when people turn off the "Location History" setting. (Android users who want to prevent Google from storing any location data must turn off a separate setting -- "Web and App Activity.")

After the AP's report appeared, Google revised the language on one of its "help" pages to inform people that turning off Location History doesn't affect other location services, and that some location data may still be saved. But the page previously stated: "With Location History off, the places you go are no longer stored.”

In addition to the investigation in Arizona, the AP's report also resulted in a new privacy lawsuit against Google, as well as a complaint to the Federal Trade Commission by the advocacy group Electronic Privacy Information Center. That organization argues that Google violated a 2011 consent decree that prohibits it from misrepresenting privacy practices.

A Google spokesperson said location information helps the company "provide useful services ... like locally relevant search results and traffic predictions." The spokesperson added that people can delete their location history, as well as their web and app activity information.