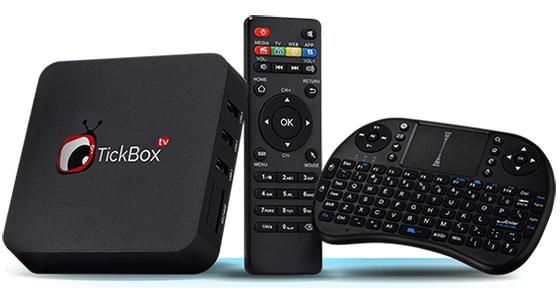 Streaming device seller TickBox TV has agreed to pay $25 million to settle a lawsuit alleging that it promoted copyright infringement, according to court papers filed Tuesday.

The company also consented to an injunction that prohibits it from presenting users with options to download add-ons that enable people to stream unlicensed movies or TV shows. The court papers don't specify which add-ons are covered by the agreement, but explicitly exclude the browsers Internet Explorer, Google Chrome, Safari and Firefox.

If accepted by U.S. District Court Judge Michael Fitzgerald in the Central District of California, the agreement will resolve a lawsuit filed last year by Amazon, Netflix and a coalition of traditional movie studios. They alleged that TickBox, which allows consumers to access over-the-top video, encourages consumers to infringe copyright.

TickBox TV is powered by Kodi -- open-source software that enables people to play video. The content companies alleged that TickBox also uses add-ons that "scour the Internet for illegal sources of copyrighted content" and then display links to popular movies and TV shows to consumers.

Shortly after being sued, TickBox revised the language on its site as well as its user interface.

In May, Federal Communications Commissioner Michael O'Rielly asked Amazon and eBay to crack down on "rogue" set-top-box sellers.

He said that some manufacturers and distributors exploit the FCC's logo by "fraudulently placing it on devices that have not been approved via the Commission's equipment authorization process."

O'Rielly added that even though the FCC lacks jurisdiction over copyright infringement, he found it troubling that many rogue devices were being used for piracy.