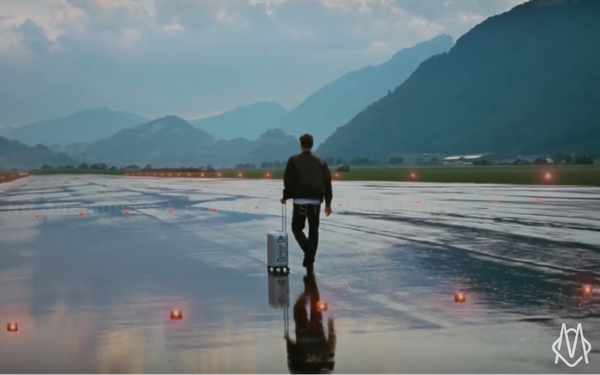 As part of this campaign, five long-time Rimowa celebrity owners are featured in films sharing their personal interpretations of what travel has meant to their lives. The campaign celebrates the collective mindset that “no one builds a legacy by standing still,” according to the company.

The campaign also marks the beginning of an exclusive partnership between tennis champion Roger Federer and the luggage company that will extend to various projects over the next two years.

The ads were shot on three continents by five different directors, who worked closely with their subjects to create an emotionally insightful and visually distinct expression of each personal journey, according to the company.

The film featuring Dior Homme jewelry designer Yoon Ahn was shot in Tokyo and showcases how travel and movement make her who she is.

The film featuring Federer features a real-life childhood conversation with his father at the moment of young Roger’s first trip to Zurich. Model and activist Adwoa Aboah’s film is a metaphor for how the model and activist overcame depression by pushing herself to travel.

A 60-second anthem spot combines images from the individual films. In addition to the films, the campaign also features photography by Brett Lloyd.

Created in partnership between Anomaly in Berlin and Rimowa’s internal creative team, the campaign will be activated globally with special emphasis on the luggage company’s seven key markets: the United States, China, Hong Kong, Japan, Germany, the United Kingdom and France.

The campaign’s narrative is inspired by the company’s commitment to creating the essential tools for purposeful travelers, says Hector Muelas, chief brand officer at Rimowa.

“From the beginning, we knew we had to leverage the brand’s strongest equity: its community,” Muelas says in a release. “We selected a group of like-minded travelers that have embarked on ambitious, lifelong journeys, and that happen to be authentic Rimowa customers. Despite the differences between each of those personal stories, there’s a shared belief that mastery is a never-ending process, and that travel is a powerful vehicle to make a mark in the world."