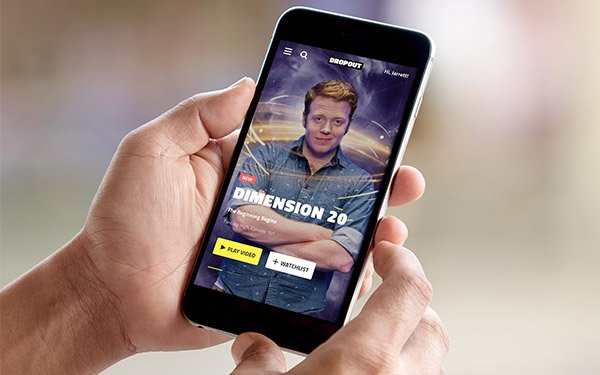 CollegeHumor, the comedy video brand owned by IAC, is launching a subscription service that it hopes will appeal to the company’s super-fans.

Called “Dropout,” the service launches in beta today. While it will be video-centric, the company is planning to complement its video programming with other forms of media, including digital comics and text stories delivered as chat messages.

“It is in the simplest way, a bigger, better, badder CollegeHumor, but it is filled to the brim with a whole new portfolio of content,” Shane Rahmani, Chief Business Officer of CH Media, tells Digital News Daily.

“We are not trying to create a competitor to Netflix or Amazon or Hulu and be all things to all people.  "What we are trying to do is super-serve the folks that love us and we think would value seeing something like this from us,” he adds.

Dropout will cost $5.99 per month once it is out of beta, with further discounts for customers that buy six or 12 months plans ahead of time.

The service will also include community and social elements. It will be ad-free for the “foreseeable” future, with free content continuing to be produced for the main CollegeHumor channels.

CollegeHumor has spent time researching its user base to try and figure out where a subscription offering could fit in.

“We see a willingness to subscribe to multiple services, as long as there is a clear value proposition. And that has informed everything we have done with respect to content and community,” Rahmani says. “We have designed this value proposition to try and meet every aspect of their needs.

"This is a completely digitally-native consumer, this is not a cord-cutter, this isa. Cord-never, this is someone who loves digital entertainment and specifically loves the nerd-culture category, loves doing things like going to Comic-Con, gaming and comic books.”

As for expectations, the company is ambitious, but realistic. “There doesn’t need to be multiple-multiple millions of [subscribers] for it to be a success,” Rahmani says.