So Much Data: How Do You Get Insights? 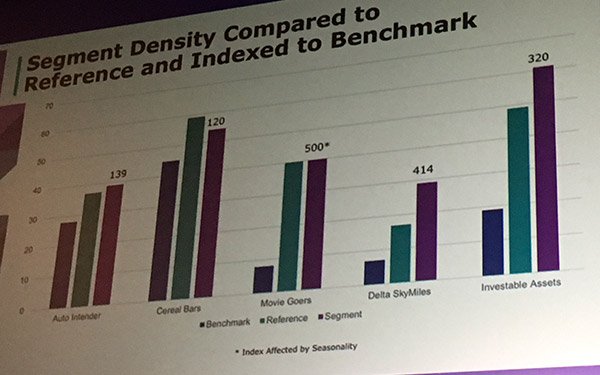 Marketers have access to more information than ever before, yet it’s questionable just how much intelligence is being gained. During an Advertising Week New York session on Tuesday two industry leaders chatted with moderator Observatory Marketing’s Jae Goodman about how they use their data to get the right insights to achieve their objectives.

Both leaders understand the importance of balancing between first- and third-party data. "Sometimes it isn't about you," said Penn, noting that why phone companies rely on tracking consumer behavior is because "they have very poor data on their competitors." He added, "It's really understanding your position."

Onvural said third-party is critical to flesh out first-party data, explaining that Bonobos may know buyer's location, but they don't know age or profession. If you are trying to optimize your information, internal data must be accompanied by third-party to get a fuller picture, she says. She admits to "swimming in sea of data."

The panelists agreed that although data may be overwhelming, it is critical to success. Penn cautioned against gut analysis. When you get to a certain scale, you aren't really in touch with mass and diverse audiences. "Just because you invented fire, it isn't likely you are going to invent the wheel."

He sees too many business executives relying on anecdotal evidence to drive their decisions, noting that one survey found that 66% of respondents choose personal family insights over data they receive. They don't trust the numbers, he said. However, numbers equal creativity and strategy, he added.

One solution to data overload is to focus on a little trend, as Penn did with discovering soccer moms as a demographic. Penn equates artificial intelligence (AI) with Uber or Starbucks, as outsourcing basic responsibilities. Data may be collected by someone else to make life easier, but it is still up to users to interpret the information, he said.