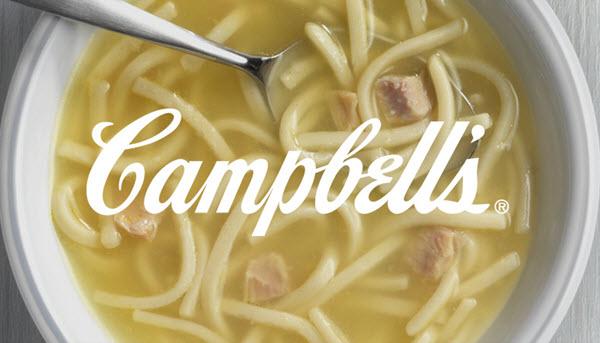 Campbell Soup Company’s strategic overhaul includes shifting the marketing focus for its namesake brand away from millennials, in favor of Gen X, according to an investor presentation filed in advance of its annual shareholders’ meeting on November 29.

The company, under siege by Dan Loeb’s activist investor group Third Point — which has pushed for a sale and now for replacing the entire Campbell board — announced the core elements of its new strategy on Aug. 30. But the new presentation includes more specifics, as noted by Forbes.

As previously laid out, the strategy includes concentrating on two portfolio areas within North America: snacks, and simple meals/beverages (including soups). The company also announced that it will divest “non-core” businesses, including its Fresh division (Bolthouse Farms, Garden Fresh Gourmet and refrigerated soups) and its international business (Arnott’s and the Kelsen Group).

Campbell has continued to see its soup sales and share decline despite the company's heroic efforts to woo millennials, including packaging redesigns and new convenience formats (like microwaveable bags), as well as more adventurous flavors and recipes.

However, millennials aren’t being totally abandoned. Campbell says it will target “older, higher-income” millennials for the natural and organic soups under Pacific Foods, which it acquired at the end of 2017.

The plans for Pacific also call for leveraging the brand’s position in the natural channel to introduce innovations, expanding its distribution in mass retail and grocery outlets, and reducing its manufacturing costs, according to the presentation.

To support the Chunky soups franchise, Campbell will focus on the products’ convenience and clarify the roles of its sub-brands.

The Swanson marketing strategy will focus on increasing the portfolio’s share-of-shelf, building the brand’s differentiation through cooking expertise, and increasing its marketing and trade efficiencies.

Brand-specific marketing plans within the other strategic emphasis — growing Campbell’s’ snacks franchise — include:

* Positioning Goldfish — currently #3 in its category — as a healthier alternative to other snacks. The growth push will include investing in innovation, marketing and e-commerce, and increasing the brand’s production capacity.

* The Milano premium cookie brand, currently #6 in its category, will look to generate more demand by “leveraging consumers’ preference for taste and quality.” It, too, will see more production capacity.

* Cape Cod and Kettle chips, also #1 in their categories, will see investment aimed at “capturing incremental revenue and margin,” according to the plan.