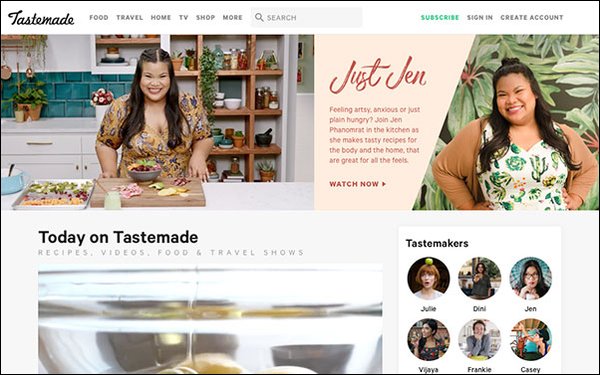 Tastemade has raised $35 million in a Series E funding round. It plans to increase video content for millennials in new verticals and expand its ad sales team.

By the end of 2019, Tastemade plans to have more than 200 staffers, up from 160, according to The Wall Street Journal. Created in 2012, Tastemade has six studios worldwide, including in Los Angeles, Sao Paulo, Buenos Aires, London, Paris and Tokyo.

Tastemade launched local language channels in each market and expanded sales teams that work directly with local agencies and brands, resulting in over 500 domestic and global ad campaigns.

The company has grown its sponsored-content business by 50% in 2018, compared with the previous year, Larry Fitzgibbon, Tastemade’s cofounder-CEO, told WSJ.

Last year, Tastemade formed standalone verticals in Home & Design and Travel. The two now represent over 25% of advertising revenue for Tastemade, with sponsors like Zillow and Target.

The company has also expanded its distribution with the launch of Tastemade TV, its 24/7 linear streaming network.

The company recently signed a deal to launch with T-Mobile video services later this year.

The round of funding was led by Goldman Sachs Growth Equity, the growth investing team within Goldman Sachs’ Merchant Banking Division, as well as new investors Amazon and Cool Japan Fund.

Existing investors such as Redpoint Ventures, Raine Ventures, Comcast Ventures and Liberty Media also participated in this funding round.