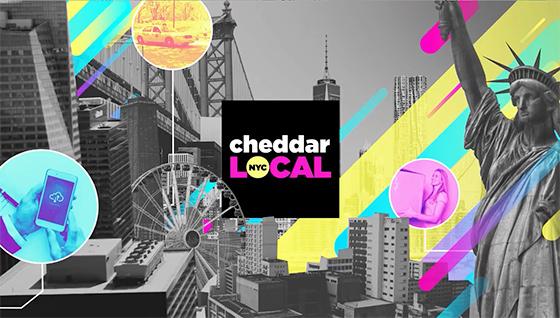 Cheddar continues its local push with a new deal in New York City. The video news network has signed a deal with CUNY TV to produce a half-hour news program that will air on the channel weekdays at 7 p.m.

For Cheddar, the deal marks an expansion of its local news push, which includes business news segments that run on a handful of TEGNA stations, News12 stations, and PIX11 in New York City.

Cheddar founder-CEO Jon Steinberg tells Digital News Daily that at launch, the CUNY TV broadcast will feature primarily national news stories “for a couple of months” before deciding whether to expand its local news programming.

“If I see traction, we will invest in local news segments. We already shot a demo,” Steinberg says. “I’m very cheap, so I want to wait and see before we invest in local content. But I’m optimistic.”

The “Cheddar NYC” demo includes an extended segment about the looming shutdown of the L train in Brooklyn and Manhattan,as well as a story about a department store opening next to Katz’s Delicatessen in the Lower East Side. It also includes local transit delays, weather and upcoming events.

CUNY TV is the television station operated by the City University of New York. It is available in approximately 1.7 million homes in New York City as a digital broadcast network, and in 7.3 million homes as a cable channel through Charter Spectrum, Alice Optimum, RCN and Verizon Fios.

Cheddar launched in 2016 as a streaming business news channel, a millennial take on CNBC. It expanded earlier this year with Cheddar Big News, a general-interest news offering. The company has deals with just about every streaming bundle provider to offer its channels;; it also distributes shows through Twitter, Twitch and other digital platforms.

The company is also distributed on college campuses through CheddarU.