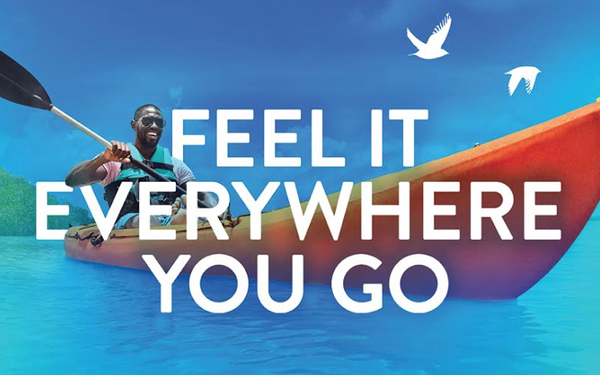 The Curacao Tourism Board is launching its first global marketing campaign with the theme "Feel It For Yourself."

Curacao's U.S. agency of record, Catch New York, came up with the concept for global implementation.

The more-than-seven-figure campaign will roll out via outdoors, digital and print, with key co-op partners. Primary media vehicles include JCDecaux, The New York Times, New York Media, Afar, Vector Media and Pattison Outdoor. It will run through 2019.

“Curacao is not necessarily the lay-on-the-beach-all-day island,” Hugo Clarinda, deputy director of Curacao Tourism Board, tells Marketing Daily. “While you certainly can do this, we mainly look to target the adventurous traveler, someone who looks for activities such as water sports, kayaking, hiking or cliff jumping. Our typical traveler ranges from the age of 25-55 coming from not only the US and Canada, but six other countries."

The country’s past campaign, “Right Now In Curacao,” which broke in 2016, highlighted all the expected and unexpected reasons to visit the island.

“While the beach is a no-brainer, some people may not realize the history, nature and culture we have to offer,” Clarinda says. “Each ad showcased how we are not your average Caribbean destination, teasing consumers on what they could be doing 'Right Now.’"

While "Right Now in Curacao" was successful in providing Curacao a U.S. brand voice, the agency noticed that a large majority of visitors were coming from other places and for other reasons. After seeing how a tangible identity can make an impact, brand strategists saw this as an opportunity to shape that identity on a global scale.

The agency completed research and observed consumers in six key markets: the United States, Canada, Germany, Netherlands, Colombia and Brazil, says Doug Spitzer, Catch New York’s chief creative officer. Both former visitors and those who researched the island but did not visit were surveyed.

"The results found that 'Feeling Free' was the top theme that was both unique to Curacao and inspiring to travelers,” Spitzer says. “The sense of being free of all worries, feeling light and unencumbered, spiritually speaking. This extends to the idea that travelers can be truly themselves, without judgment.”