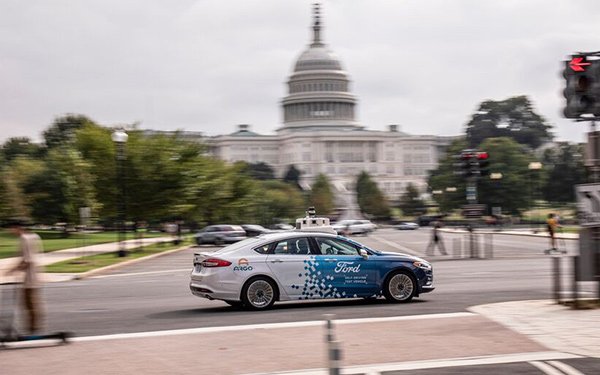 Ford and Washington, D.C., have agreed to start the first tests of autonomous vehicles in the district by establishing a self-driving vehicle business.

Ford’s partners at Argo AI, which is developing a self-driving system, already have vehicles on district streets, mapping roads as the first step to testing in autonomous mode, according to a blog post by Sherif Marakby, CEO of Ford Autonomous Vehicles LLC.

“The advent of self-driving vehicles promises a chance to make it more affordable and easier for people to get to jobs by filling gaps in access to public transportation, new ways to deliver food and other products, and more,” Marakby stated. “It also means change,and how we prepare for that change will greatly impact people and their communities.”

Ford intends to work with local officials to test self-driving vehicles in all eight of the district’s wards with plans for deployment of commercial service in 2021. Ford will train vehicle operators, who will be responsible for operating and monitoring test vehicles on public roads and closed courses during the development process, according to the company.

automotive, iot
1 comment about "Ford Taking Self-Driving Cars To Streets Of D.C.".
Check to receive email when comments are posted.
Next story loading