Flashing Through The DC Universe 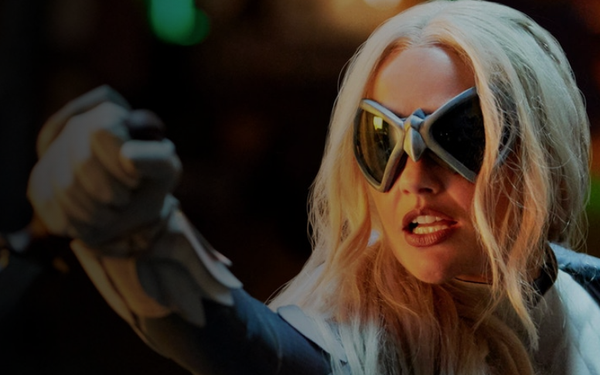 I decided to find out.

First up, of course, I watched its much-touted original series, “Titans.” I knew little about this superhero team, except that they used to be the “Teen Titans” in various DC incarnations, and have had many members over many years.

In the first episode, I met four members of the DC Universe version:

With the prolific Greg Berlanti on board as a producer, “Titans” –- without the obscenities -- could have been on The CW, home to most of his other DC Comics-based shows.

Episode One proved dark and gritty (especially in the Detroit streets), not particularly violent (just one scene of blood), and edgy enough to keep me watching in order to discover the connections between all those characters — and what color hair will turn up on yet-to-be-introduced Titans. ( had read enough to know that Minka Kelly of "Friday Night Lights" will be one of them.)

For the time being, however, I turned to a superhero I am more familiar with: The Flash.

If you’re thinking that DC Universe would offer its subscribers commercial-free episodes of the present-day Flash on the CW, or any of DC’s other current CW series for that matter, no such luck!

But I was happy to revisit the 1990-1991 CBS version, starring John Wesley Shipp, who a quarter century later would play both the current Flash’s father and an alternate Earth Flash.

And If all those alternate earths in The CW’s DC “multiverse” confuse you, rest assured that you won’t find any of that in “The Flash,” circa 1990.

What you will find is a speedster who is much more self-confident and less insecure than in “The Flash,” circa 2018. Also, the main cast in the earlier version is whiter, the show has less humor, and the action -- although more straightforward -- seems, umm, slower. Except when The Flash is in action, of course.

Next on my agenda, since DC Universe is more than just TV series and movies, I read two Flash origin stories: the first “Flash Comics” issue from 1940 and the character’s relaunch in a “Showcase” issue from 1956.

Finally, I checked out DC Universe’s other original series: the half-hour “DC Daily”news program, which posts at around 6:30 pm ET weekdays. Hosted by an effervescent Tiffany Smith, the show includes news of the latest DC comics, films and TV shows; interviews with creators and actors; and geeky panel discussions about all things DC, new and classic.

People on the show tend to get “super-excited” about lots of things. It’s all pretty hype-y, of course, but no less so than, let’s say,“Entertainment Tonight” — and easier to digest since unlike “ET,” you’ll actually hear critical comments.

Like any true comics geeks, panelists let you know if they don’t like something for any reason — storyline, artwork, you name it.

All in all, I enjoyed my time in the DC Universe.