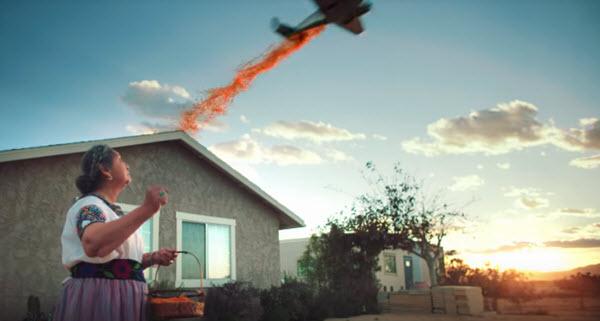 Brands seeking to honor Día de los Muertos or Day of the Dead, the Mexican holiday observed on Nov. 2, are aware of the need for sensitivity.

The holiday — which in recent years has been featured in mainstream movies like Disney’s “Coco” and the James Bond movie “Spectre" — honors and celebrates deceased family members, as well as ancestors and cultural heroes. From creating remembrance altars with loved ones’ favorite things (called ofrendas), to eating specific foods, the day is equal parts solemn and festive.

Here are snapshots of how two brands — Estrella Jalisco beer and Jose Cuervo Tradicional tequila — are reaching out to Mexican American consumers during this year’s holiday.

“Soon after we launched the brand in the U.S. in 2016, we started a tradition of activating around the Day of the Dead holiday,” says Bendesky. “As a brand with over 100 years of brewing heritage in Mexico, it was important that our authenticity came through, and one of the ways to do that was to celebrate and activate around a holiday that is deeply rooted in Mexican culture, relevant to Mexican-Americans here in the U.S, but it is also a holiday that continues to cross over into mainstream culture.

“We started by partnering with the biggest Day of the Dead celebration outside of Mexico, at Hollywood Forever Cemetery in Los Angeles. It’s an all-day arts, music and culture event that unites more than 40,000 people for the holiday.

“In 2016, we launched the first Hispanic artist hologram of Jenny Rivera [who died in 2012], to pay tribute to her life. To the surprise of fans at Hollywood Forever, she ‘took the stage’ to sing one of her most famous songs. We livestreamed the performance via our social channels.

“In 2017, we partnered at Hollywood Forever again, with an homage for Golden Age singer and actor Pedro Infante, through a special performance by Mexican musical artists Kinky, El Dasa and Pedro's own daughter, Lupita Infante. She reinterpreted the legend's songs live on stage.

“This year, we took a slightly different approach and created, with our lead creative agency, David, special Day of the Dead content — featuring a short film [below] that speaks to the bonds that many Mexican-American families share with their culture. The imagery of marigolds being released from a plane [above] translates a very traditional element from an ancient celebration to our modern way of life. It shows how cultural elements can evolve without losing meaning. This is important to Estrella, because we have a long brewing tradition, yet see ourselves as a brand that fits into today’s celebrations.”

How does the brand ensure that its Day of the Dead marketing is appropriate and welcomed by Mexican Americans?

“The most important thing is to be true to the holiday and our Mexican culture,” says Bendesky. “So first, we make sure that we have a diverse team who can see the creative expression around this holiday from various points of view.

“Second, we make sure not to commoditize the holiday. The traditions of the holiday and celebrations of loved ones are at the center of the creative. We know the brand has a role to play because this is a time when families come together to celebrate.

“In other words, step one is making sure we understand the holiday and always think culture first. Step two is aiming for the brand to be part of the celebration, not the center of it. This approach can work for any brand looking to connect with people via cultural moments.”

Jose Cuervo and lead creative agency Exposure have launched a new U.S. campaign for the holiday this year.

Heroes honored in the Cuervo Ofrendas images and video include Ana Gonzalez Rubio y de la Torre (1857 – 1934), the founding lady of Cuervo; painter Maria Izquierdo (1902 – 1955), the first Mexican female artist to exhibit in the U.S.; Emilliano Zapata (1879 – 1919), the famed Mexican revolutionist; and Jose Guadalupe Posada (1852 -1913), a printmaker and illustrator who used imagery of skulls and bones to impact social change.