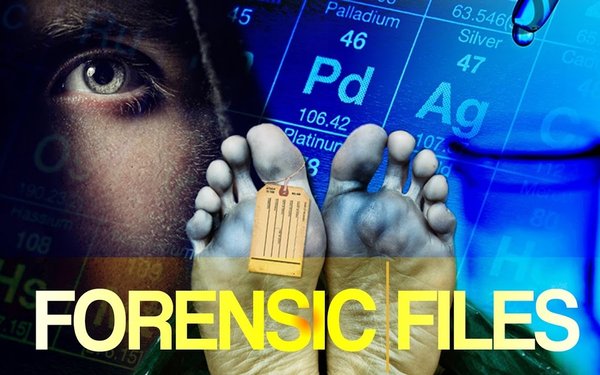 Recent news that pioneering true-crime investigative series "Forensic Files" is now streaming 24/7 on Pluto TV was intriguing, but hardly surprising. After all, Turner’s HLN (once Headline News) has essentially been nothing but "Forensic Files" for the past two years.

HLN now runs "Forensic Files" 15 hours every weekday and 19 hours each Saturday and Sunday, including all of prime time every day of the week.

I certainly didn’t foresee such lasting and massive appeal when, some 15 years ago, I became part of the “Forensic Files” publicity team for a few years.

Neither did Gary Lico, co-developer and global distributor of the series since its 1996 launch -- first through his company CableReady and now through GaryLico.TV. Lico says he is "blown away" by the show’s endurance, not only domestically but internationally, where he is now sold it in more than 100 countries. (Full disclosure: I also handled CableReady’s PR for several years, but have not worked for either CableReady or Forensic Files for over a decade.)

Lico attributes the show’s continuing success to "plain and simple, good storytelling. 'Forensic Files' has a crime, a mystery, an investigation and a conclusion, all in one tidy half-hour. The cases are compelling and relevant, regardless of time. With 400 episodes, there are always ones that are new, to even our most loyal viewers."

When I worked with the show, "Forensic Files" ran on Court TV, after having launched on TLC under the title "Medical Detectives." It would stick with Court TV through that network’s transition into TRU TV, finally ending its 14-season original run in 2011.

Our PR team spent much of its time alerting local media that Court TV producers would soon arrive in their towns to conduct interviews with people -- often from law enforcement -- who had been involved in sensational local cases.

These new interviews were combined with reenactments -- not filmed in those local towns, but usually around Allentown, PA, home of the show’s production company. (I remember one time when we helped promote a casting call for animals.)

Sometimes, though, the producers ventured as far afield as New York City. "They were looking for actors to play real people -- often criminals," recalls one of my former colleagues. "It was funny to see the producers go through the line and remove anyone who was remotely good looking or modelesque, while the least attractive people got pushed to the front."

Lico himself played a character, known only as "drinking businessman at strip club" in one recreation. He remembers the segment being "produced in an actual club at nine in the morning after a long holiday weekend. Not my best performance, nor a pretty place for it."

I wish I knew which exact episode Lico was in, because I could then skip the linear world of Pluto TV or HLN -- and access it right now on-demand.

Yes, every episode of “Forensic Files” is also available free with a tap or a click from such providers as Vudu, Tubi TV, YouTube and The Roku Channel.

And if you pay for Netflix, Amazon Prime or Hulu, guess what? "Forensic Files" is on all of those SVOD services too.

So if you’ve never seen "Forensic Files," you have no excuse now. Just don’t blame me if you get addicted.