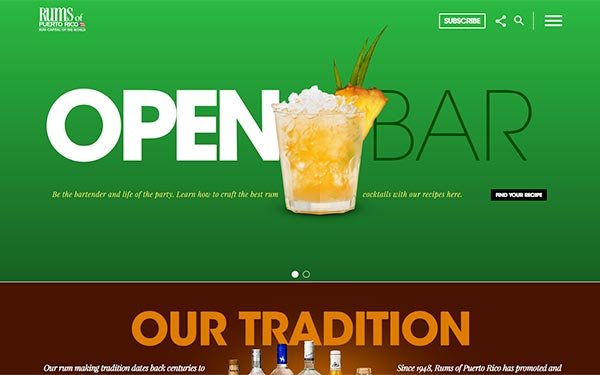 Puerto Rico is embarking on a major campaign to support the island's $300 million rum industry by launching "The Rum Standard."

The creative is designed to "increase the number of people in the world who know and love Puerto Rican rum," says Salgado Colón.

Puerto Rico's KOI IXS agency handled the umbrella campaign along with Ginger Productions. In addition, since Rums of Puerto Rico is composed of several independent distilleries, each will utilize the messaging under their own respective advertising/internal marketing and promotions teams or agencies.

The campaign consists of seven videos, five minutes each, that summarize the history and the process of making different rums. A one-minute video details exactly what the Rums of Puerto Rico brand is all about.

The campaign is backed by a coalition that includes the secretary of the Department of Economic Development and Commerce (DEDC), Manuel A. Laboy Rivera, the executive director of Rums of Puerto Rico, Alexandra Salgado Colón and members of Puerto Rican distilleries and other representatives of the rum industry on the island,

The content will be presented at rum industry and government events, in and out of Puerto Rico, and through the various networks of the Government of Puerto Rico that promote the island internationally. The videos also appear across social media.