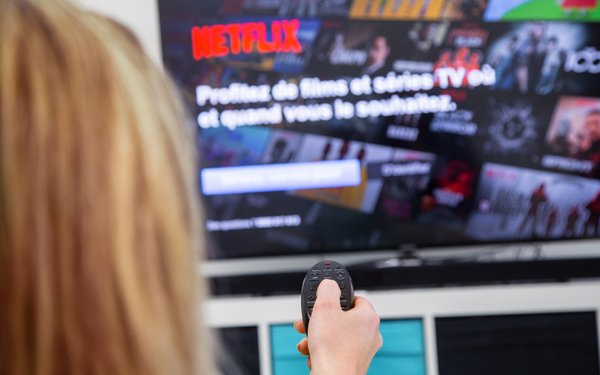 Netflix has overtaken live TV as the platform where TV viewers watch their favorite show, according to Hub Research’s 2018 “Conquering Content” study.

Hub has published the study for each of the past five years, tracking viewer behavior on both traditional linear and online content sources.

Live TV, which had previously led the category, only secured 26%.

Hub says this continues a trend seen since 2014, with Netflix improving each year and live TV declining each year. In 2014, 45% of respondents said their favorite show was on linear TV, compared to 14% for Netflix.

Some 56% of respondents said they watched their favorite shows online, compared to 44% who watched through a set-top box -- up 4% and down 4% year-over-year.

The research also shows a contrast between online and linear in the effectiveness of advertising with regard to discovering new shows. Hub found that for shows watched on set-top boxes, a majority of respondents learned about the show through advertising. For shows watched online, a plurality -- at 35% -- found out through word of mouth and social media. Only 29% found the show through advertising.

That could hold some important data for traditional video players looking to steal market share back from Netflix.

“These findings illustrate how content that’s available online spreads more efficiently -- from person to person, rather than being driven by marketing spend,” says Hub principal Jon Giegengack. “So far, this has mostly benefited streaming platforms. But it also suggests that making at least some episodes available on demand is an effective way to help new linear shows cut through the clutter.”