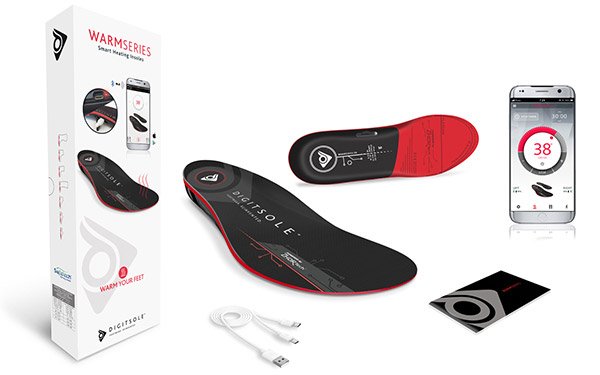 The Internet of Things is expanding into connected footwear.

Different forms of heated footwear for winter have been around for some time, ranging from heat packs used by skiers to battery-powered heating elements for footwear.

A French company is now launching an advanced version of smart heating insoles, with an integrated thermostat so temperature can be regulated by smartphone.

Beyond heat, physical activity also can be tracked throughout the day via Bluetooth phone connection.  A built-in accelerometer keeps count of the number of steps taken, distance walked and calories burned. The connected footwear also saves a map of a course walked.

Connected feet-heat is not cheap: Digitsole’s rechargeable Warm Series V6 will retail for about $225.

However, based on numerous entries I saw as one of the judges for the just completed 2019 CES Innovation Awards, various new forms of connected footwear will be highlighted at CES in January.

In the Internet of Things, anything that moves can be tracked. And now, some of that tracking will even be underfoot.