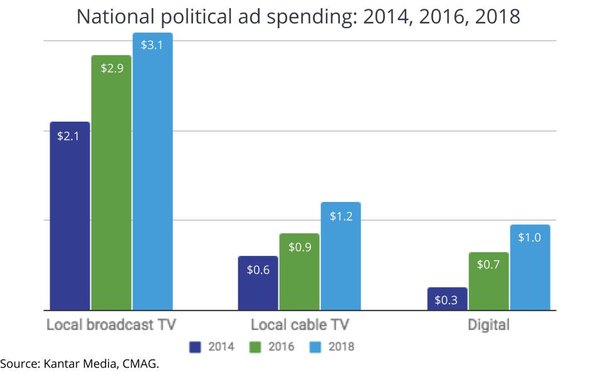 The official numbers are in, and according to WPP competitive ad-tracking units Kantar Media and its CMAG political media specialty division, the 2018 campaign ad spending set new bars for both broadcast TV and digital media.

The chart above shows how each sector -- local broadcast TV, local cable TV and digital -- have grown between 2014 and 2018, rounded up to the nearest decimal point.

The granular estimates are:

According to Kantar's analysis, the spending advantage shifted from Republican dominance to Democrats in 2018.

Healthcare, in fact, emerged as a central issue again in 2018, but this time to the Democrats' advantage.