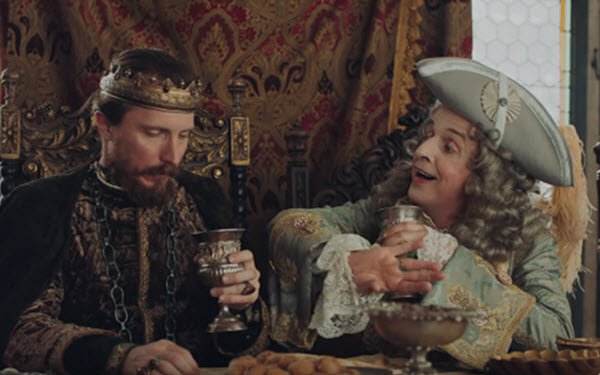 Fans gorging on the usual multi-course menu of football games on Thanksgiving can also count on seeing a new “episode” in the hugely popular Bud Light “Dilly Dilly” saga.

The latest 30-second TV ad (extended version below), to air during the holiday games, has the king striving to be a gracious host.

The medieval ruler tries--but ultimately fails--to force himself to sample a ridiculously complex mead (featuring “a tinge of sour cream”) that's being proffered by his pretentious guests, the Count and Countess Pamplemousse.

The campaign, from Wieden + Kennedy New York, debuted 16 months ago. The last new TV creative consisted of two ads that bowed in early September, at the start of the college football and NFL seasons.