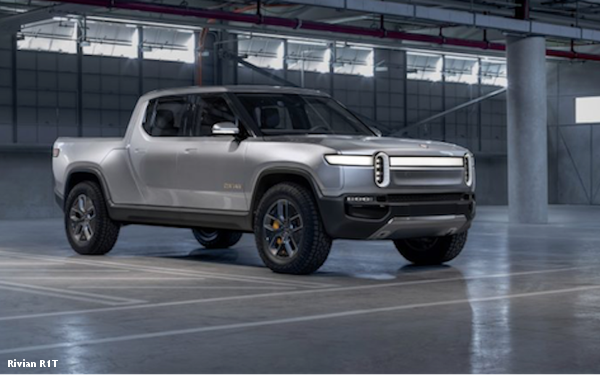 LOS ANGELES — This week’s AutoMobility LA media preview includes more than 60 vehicles debuts, including the all new-vehicle Hyundai Palisade and a pickup truck from Jeep.

MediaPost will also make its debut at the show on Tuesday, with an afternoon conference that includes top marketers from Infiniti, Mini, Honda, Kia, Nissan and Hyundai. The inaugural West Coast offering follows on the heels of three successful conferences held in conjunction with the New York Auto Show.

Located in the nation’s largest car, luxury car and green vehicle market according to J.D. Power, AutoMobility LA continues to be a prime platform for automakers to launch products, and share their insights into the future of transportation.

It’s not just automakers who will be on hand. Facebook will have an interactive experience showcasing its latest innovations for the auto industry. Automakers are invited to learn new ways to use video and Instagram stories and to see the latest offerings from Messenger.

The technology aims to improve road safety through next-generation driver state monitoring, and optimize the transportation experience by sensing occupant mood and reactions, and tailoring the transportation experience — including music, recommended stops, and other in-cabin conditions — accordingly. This is relevant not only in the cars we drive today, but in (semi)-autonomous vehicles as well.

Back to the vehicle debuts: More than half will be higher profile world premieres, which is a coup for the show organizers. Audi has confirmed that the e-tron GT concept 4-door electric performance coupe will make its global premiere at AutoMobility LA for media and industry professionals.

Subaru is introducing the 2019 Crosstrek Hybrid. The SUV offers all-wheel drive capability in a hybrid package. Arriving at Subaru retailers near the end of this year, the 2019 Crosstrek Hybrid will also feature unique exterior and interior styling and new in-vehicle technology. The new SUV also qualifies for High Occupancy Vehicle permits in many states.

This year, 57% of AutoMobility LA’s debut vehicles span across several segments within the luxury class.  These include Volvo’s latest luxury sedan, the all-new S60, which will make its auto show debut alongside the all-new V60 Cross Country wagon. The Swedish automaker has also confirmed that its global CEO is slated to make significant announcements about the company’s progressive approach to transportation.

Following AutoMobility LA, the show opens its doors to the public Nov. 30 – Dec. 9. Stay tuned for more news directly from the show floor.