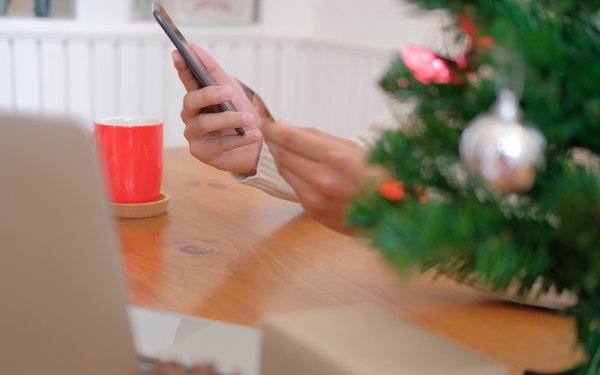 As Americans wade deeper into the holiday season, new evidence from GfK shows that no matter where they go, they’re watching their smartphones, with 45% viewing their devices as essential shopping tools.

“The adoption rates of mobile payments seem to be stuck at low levels,” he says. “It’s somewhat perplexing. But we’re also seeing high levels of concerns about the integrity of data transactions, and we think it’s likely those worries are holding people back. It’s surprising how little the industry has done to address those perceptions of a security gap.”

GfK’s FutureBuy research, based on 35,000 people around the world, finds that just 17% of U.S. consumers say they’ve used a smartphone or tablet to pay for a product, including payments via PayPal and Venmo, in the last six months. That compares with 29% in Asia/Pacific, and a global average of 19%.

American consumers say price comparisons are the No. 1 reason they turn to their phones, cited by 36% of mobile shoppers, followed by seeking out product information and checking reviews, both at 30%.

And they see big changes ahead in how they’ll shop, with 48% agreeing that they “see a future where traditional retail stores are not a big factor.” That’s up from 37% last year.

Beier tells Marketing Daily the research also finds a surprising Gen Z (GfK pegs that group as between the ages of 16 and 26) fondness for physical retail stores.

And overall, while retailers and e-merchants fixate on which channels consumers use to complete a purchase, “the world is murkier all the time to consumers. These differences are very stark to us,” he says, “but consumers don’t see it that way. When we ask them where they were when they made a mobile purchase, for instance, some of them say they were actually in a physical store.

"They really are melding online and physical shopping.”