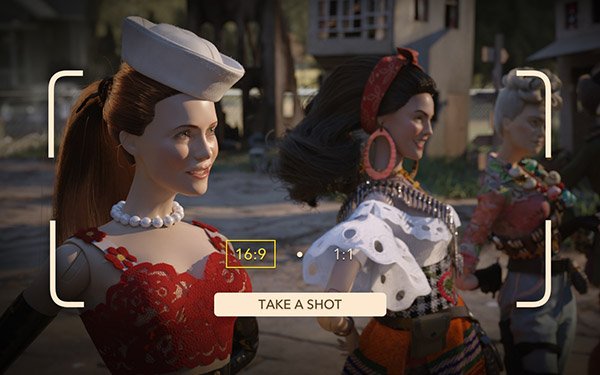 Movies are getting inside augmented reality.

To promote the coming Steve Carell movie "Welcome to Marwen", Universal Pictures and Dreamworks Pictures created an AR app that can help create what Universal calls “the first-ever 3D digital recreation of a movie scene.”

The movie, which opens on Dec. 21, is based on the true story of Mark Hogancamp (Steve Carell), an illustrator who has a violent attack that shatters his body and memories and then heals himself through the power of artistic imagination. The character creates the mythical town of Marwen with life-like dolls and action figures.

The "Welcome to Marwen" AR app recreates one of the scenes from the movie, including 3D interactions with the action figures, along with Steve Carell and the characters speaking with each other during the AR experience.

Universal partnered with the emerging technology team of The Mill to create the AR mobile app that allows the user to be placed into the movie itself.

Unlike most movie promotions using augmented reality, this one integrates video, including an introduction to the AR app and its technology by filmmaker Robert Zemeckis. Universal also created a movie trailer featuring the augmented reality experience.

Similar to other AR movie promo apps, users can snap photos from the scenes within the AR experience and share them via social media, in this case as a "Marwen" digital postcard. As might be expected, behind-the-scenes content is also include within the app.

Augmented reality is growing up fast.