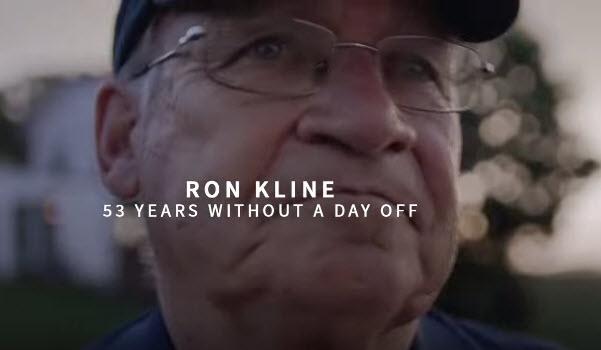 A new campaign celebrating hard-working Americans is succeeding in driving up consumer ad awareness and purchase consideration for Maxwell House, according to an analysis by YouGov.

Over Labor Day weekend, the Kraft Heinz brand launched a social media contest offering the chance to win a “paid day off” (actually, a $150 Visa gift card) to consumers who tweeted photos showing themselves or friends working on Labor Day, using a #LaborOnLaborDay and #contest hashtags.

The contest was paired with a video ad (below) featuring an Ohio truck driver who’s worked for 53 years without taking a day off being surprised by the brand’s arranging some well-earned leisure time to spend with his family.

That ad has drawn more than 4.8 million views since its posting on YouTube Aug. 27.

In addition, a 30-second ad showing the hands of real people who “aren’t afraid of hard work,” including those of a bus driver, iron worker, landscaper, fire fighter, custodian, construction worker, nurse, father and sign language interpreter - and those of a Maxwell’s master roaster -- has generated more than 1.3 million views since being posted on YouTube on October 4.

YouGov’s analysis, based on its Plan & Track data, shows nearly one in five U.S. adults recently reporting seeing an ad for Maxwell House.

In addition, as of mid-November, 22% of adults were reporting that they would consider buying Maxwell House when next in the market for a beverage -- up from 17% as of Sept. 1.

Further, the number of adults reporting that they’re willing to recommend Maxwell House to a friend or colleague is at its highest level this year.

According to the YouGov tracking, 61% of current and former Maxwell House customers -- and 57% of all U.S. adults -- agree that “success in America is more a result of hard work than good fortune, such as having connections or a privileged background,” reports Marzilli.