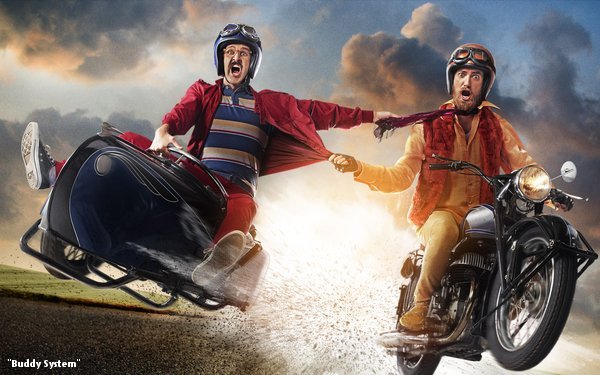 Premium content. Is there any buzzword more frequently used in today’s video advertising world? Every content company wants to produce it, every marketer wants their campaigns next to it, and every platform wants to be filled with it.

And yet, the definition of what makes content “premium” -- and who produces it -- remains vague.

Take YouTube, for example. The king of free, ad-supported video, YouTube was created to be a place for its users to upload homemade videos, launching the era of user-generated content (UGC).

Then there are YouTube Originals, the shows that the platform itself ordered to generate interest in its premium subscription products, and in an attempt to gain attention on the awards circuit. The originals were a mix of traditional TV-like programming (such as “Cobra Kai”), ordered from major studios, and original shows featuring YouTube stars (such as Rhett & Link’s “Buddy System”).

Last week, YouTube announced that its originals would become free and ad-supported, expanding their reach, while adding new “premium” inventory for marketers.

"There is UGC stuff that is in a certain lane, but the Buddy Systems and Hyperlinks and Cobra Kais, they are kind of in a different lane,” says Jason Berger, the founder and executive producer of the production house Kids at Play, which produced “Buddy System” and makes original content for platforms and brands.

While YouTube is taking its premium shows and making them more widely available, marketers are increasingly realizing that they don’t just have to place their ads next to premium content -- their ads can be the premium content.

“I think right now brands are realizing that the IP game is not that bad of a game to play in,” Berger says. "I think what we are going to see is that brands are starting to understand that yes, there is cord cutting that is occurring, and that consumers of content are not necessarily opposed to there being an end-card that says ‘Pepsi’.”

“People are consuming content because they like the content,” Berger adds. “I feel like that is where you will see a major uptick in brands wanting to further get into creating content. I think that the ad agency model now has to shift, a lot, obviously because of the cord-cutting and SVODs and things like that, but also because there are so many people now open to longer ads -- longer ads that are entertaining.”

The new platforms are creating a new world of premium content. Twenty years ago, film studios and TV networks ruled the world of content, advertisers ruled the commercial breaks, and consumers watched at home. Now, those lines are blurring.

High-quality content can come from the traditional studios, of course, but also from the group of people formerly known as the audience. Advertisers, meanwhile, are welcome to join the party too.

The pool of premium content continues to get bigger, as creators, platforms and advertisers get in on the action. For viewers and marketers, that means new shows to watch and advertise alongside of.