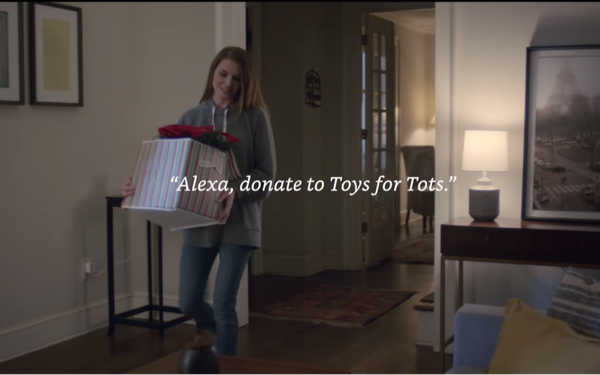 Amazon typically plays its Prime cards close to the vest, but it’s currently crowing about Prime, and says that so far this year, it’s delivered more than 2 billion products in one day or less.

In music, Justin Timberlake is streamed more than any other artist, and “The Middle” by Zedd, Maren Morris & Grey is the musical request Alexa has heard most.

The Seattle-based company also says that Prime members are pouncing on savings benefits at Whole Foods Market. Organic apples are the biggest seller, and members in Austin, San Francisco and Boston leaned most heavily on ultrafast Whole Foods deliveries. (Bananas are the most frequently purchased item through grocery delivery service Amazon Fresh.)

Back in April, Amazon revealed that it has more than 100 million paying Prime members.

And last week, it announced that Cyber Monday smashed all previous one-day sales records and that the “Turkey 5,” the five popular shopping days that kick off on Thanksgiving, also broke records. While it didn’t give specific amounts, it says Americans bought “millions” more products over the five-day period compared to the same period last year.

The e-tailer is also showing a more compassionate side, with a new spot promoting a Toys for Tots partnership with Alexa. Part of its #DeliveringSmiles holiday campaign, the 60-second digital spot shows viewers that a simple  “Alexa, Donate to Toys for Tots,” triggers a gift. (Moxie Pictures produced the ad.) Amazon is matching donations through the end of the year.

Amazon is also expanding its testing of cashier-less stores, reports the Wall Street Journal. While the technology works well in smaller test stores, the company is now aiming to make it functional in larger units with higher ceilings, perhaps with an eye toward introducing the technology in Whole Foods.