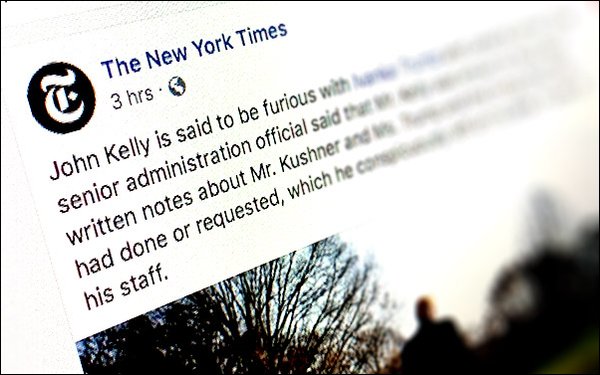 About one-fifth of U.S. adults currently get their news fix from social media, according to the latest findings from the Pew Research Center.

That’s slightly higher than the 16% of people who get their news from print papers, which represents a shift from 2017 when about the same share of consumers got their news from social media and print.

Television continues to hold its position at the top of the news consumption food chain, Pew reports. Indeed, despite steady TV declines since 2016, 49% of consumers still follow the news from that most traditional of channels.

Challenging TV’s long-held dominance, however, 43% of adults now report getting their news from web sites or social media.

Among the three different types of TV news, local remains the most popular (37%), followed by cable news (30%) and national evening network news (25%).
For the first time, Pew asked survey participants whether they got news from a streaming device on their TV. In response, 9% of U.S. adults said they do so regularly.

Not surprisingly, people of different ages have different news viewing habits. Those who are 65+ are five times as likely as those ages 18 to 29 to regularly get their news from TV.

However, far fewer young Americans are turning to television news. Only 16% of those ages 18 to 29 and 36% of those ages 30 to 49 get news often from TV.
news, print, research, social media, streaming, tv
2 comments about "Getting News From Social Media Outpaces Print, Consumption Trends Even Impact TV".
Check to receive email when comments are posted.
Read more comments >
Next story loading

Jasmine Moadel - The Clorox Company, Director of Retention Marketing
YOU MAY ALSO LIKE...
MediaPost All Stars
January 26, 2022
More from Digital News Daily