YouTube's 'Ads of The Year' Lean Into Platform's Strengths 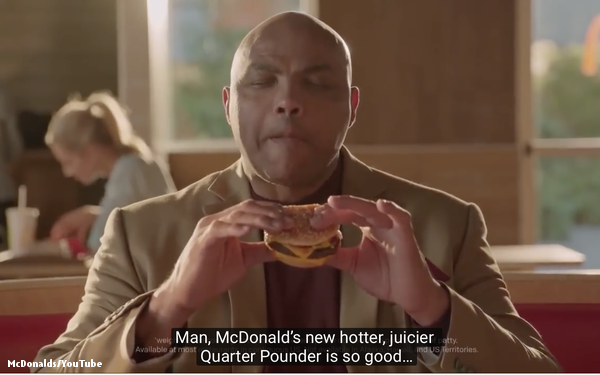 The winners of YouTube’s 2018 ads of the year included videogame companies, a direct-to-consumer mattress company, a fast food giant, clothing and beverage firms. What ties the winners together: The ads that took home the top prizes in each category embraced the quirks and technology of the platform.

Take McDonalds, the winner of “#TheYouTubeAd That Makes Me [laughing emoji].” The winning ad, “Speechless Thoughts with Charles Barkley,” took YouTube’s caption functionality and turned it into the star of the ad, revealing the former NBA star’s inner thoughts while he munched on a cheeseburger.

The mattress company Nectar, whose “Make America Sleep Again” ad embraced the shoppable functionality within YouTube ads,  embedded a buy button directly in the ad. The ad also ends with a link to a related video, a how-to guide for setting up the mattress the viewer (hopefully) just bought. That ad won “#TheYouTubeAd That Turns an Ad into Action” category.

Similarly, the game World of Warships won “#TheYouTubeAd That Frees Your Inner Gamer” by embracing humor, showing off the game, and allowing the viewer to click one button to download.

Humor was also present in the singer of the six-second ad category, a format that has become a defining feature of YouTube advertising. An ad for Groupon, featuring comic Tiffany Haddish, was deemed the most effective.

The YouTube ad of the year awards were produced in partnership with Wirth and The Webby Awards. They allowed consumers to vote for their favorites in each category.

Based on the winners, it was clear that embracing YouTube’s style and functionality resonated with consumers. It also showed off the flexibility of digital video advertising, with six-second ads providing a short burst of humor, and ads that ran nearly five minutes functioning as mini-movies.

As more ad dollars are spent on digital video, and YouTube in particular, taking advantage of the quirks and opportunities of the platform is clearly a winning strategy.