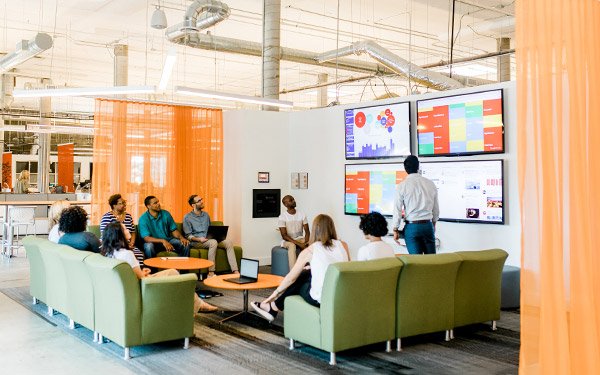 About a year ago, Publicis Media chief Tim Jones sensed an opportunity looming in the burgeoning social media marketplace. While the market was expanding rapidly, Jones believed it was becoming increasingly commoditized by me-too solutions. That encouraged clients to either outsource social media functions to platforms or specialist agencies, or treat it as a generic-managed service inside their roster agencies.

“We were evaluating the marketplace and felt social media, more than any other thing, was being commoditized,” he recalls.

Publicis Media’s solution was to centralize the entry point for social-media services. It built a best-in-class organization and tool chest that would also be a lead generator that could upsell clients into aligned areas, such as creative, content, social analytics, CRM and commerce.

The solution was UNIT3C, a central access point for servicing clients’ social media practices, and housing it in Atlanta, a hub for attracting digital talent, especially engineers.

The unit sits within Publicis Media’s Atlanta campus. It’s not just a hub for service. It’s known for innovating an increasingly competitive and commoditized part of the media mix — social — by investing in talent, engineering and science.

Interestingly, the competition doesn’t just come from rival agencies or even specialty social media practices, but the social media platforms, noted for their “walled-garden” control over how users and brands come together.

The problem UNIT3C needed to solve was how to differentiate and gain a competitive advantage in a world dominated by newsfeeds. The solution has been a work in scientific and creative progress, but it paid off in 2018 as the unit began developing, testing and deploying a series of innovations.

Publicis Media is loath to disclose which clients participated, since some of the work has been conducted as closed alphas and betas. But as the applications become baked in, it is deploying the solutions roster-wide.

One example is a method the unit developed using deep-learning AI to understand which content resonates most with specific micro-segments of users, based on biometric techniques, such as eye-tracking and facial recognition.

Once the technology understands which content is most aligned with the audience segment, it automatically sorts through all the frames in a video and turns the one most likely to trigger a user’s attention into the thumbnail the user sees in their feed. It may seem like a small innovation and competitive advantage, but in a world where content has seconds to register with a user, it can make all the difference.

“The area for me that is most exciting is dynamic content,” says Jones, noting that it is the logical next area of innovation. That realization follows years of focus on programmatic media-buying and audience-targeting solutions.

Jones says Publicis Media has deployed versions of the solution for several years in display advertising. The big breakthrough has been its ability to do it with video in the past year, and increasingly, with social content.

It begins with developing “unique IDs” for each client, based on their first-party data about consumers, then enriching it with data from other sources — either third-party data from media partners or syndicated data from research companies — to create a micro-segment of consumers being targeted.

“If we can have multiple micro targets, shouldn’t we be serving them the micro-targeted content?” Jones asks rhetorically.

He cites the agency’s work for Arby’s as one of the best examples of using the behaviors and data of a micro segment to create micro-targeted content to align with it.

Most of the work is in its early stages, and Jones says it will be some time before UNIT3C is capable of the kind of “dynamic content versioning” many in the industry believe is the next Holy Grail. But he says it’s already on the path. Initial tests have shown increased response rates of “20%, 30% and 40%.”