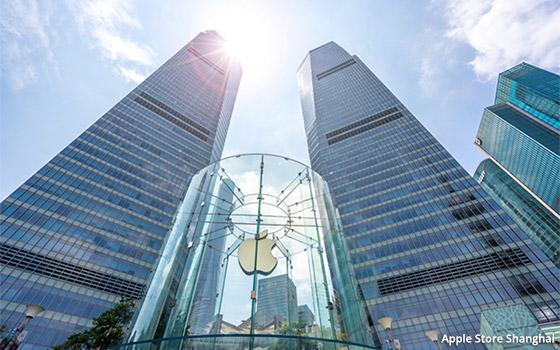 In a letter to investors, Apple CEO Tim Cook blamed slowing iPhone sales in China for the disappointing performance.

“While we anticipated some challenges in key emerging markets, we did not foresee the magnitude of the economic deceleration, particularly in Greater China,” said Cook.

For the holiday quarter that ended on December 29, Apple is now expecting revenue of approximately $84 billion. The tech titan was already aware of multiple market challenges when it initially floated fiscal first-quarter guidance last year.

“We knew the first quarter would be impacted by both macroeconomic and Apple-specific factors,” according to Cook. In particular, “we expected economic weakness in some emerging markets.”

Yet “this turned out to have a significantly greater impact than we had projected,” Cook admitted. “In addition, these and other factors resulted in fewer iPhone upgrades than we had anticipated.”

By Cook’s calculations, China’s economy began to slow in the second half of 2018. In fact, the government-reported GDP growth during the September quarter was the second-lowest in the last 25 years.

Pointing a finger at the Trump administration, Cook added that the changing economic environment in China is partly due to rising trade tensions with the United States.

On the bright side, Apple’s installed base of active devices hit a new all-time high during the just-ended quarter. Year-over-year, it grew by more than 100 million units.

Revenue outside of Apple’s iPhone business grew by nearly 19%, year-over-year, including all-time record revenue from Services, Wearables and Mac.

In particular, the company’s Services business generated over $10.8 billion in revenue during the quarter -- growing to a new quarterly record in every geographic segment -- while wearables grew by almost 50% year-over-year.