Kraft Heinz Takes Devour To The Super Bowl... For Real 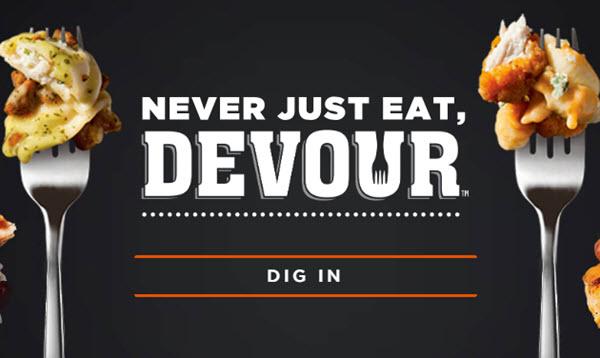 Kraft Heinz — which used a clever workaround strategy for its male-targeted Devour brand on Super Bowl day in 2017 — is ponying up the bucks for the real thing for Super Bowl LIII.

The company will air a 30-second ad, from David Miami, for the brand in the game’s third quarter.

No specifics on the creative are being released yet, but Kraft Heinz confirms that the ad will be “edgy,” in line with the advertising seen for Devour since its launch in 2016.

Its 2017 Super Bowl gambit involved pregame day auditions in three cities to find a “bold, confident male 25 to 42” who would not only star in a “halftime commercial during the biggest football event of the year,” but be paid $100,000. The actual spot ran at 8 p.m. on AMC during that network’s evening “Zombie Bowl Marathon” programming, which coincided, time-wise (though not network-wise) with the Super Bowl halftime on NBC.

Last year, Devour launched its frozen sandwiches extension line with a “Deadpool 2” tie-in campaign suggesting that the superhero was OK with “selling out” in order to get his hands on the sandwiches.

The brand, which has also introduced “instant bowls,” generated year-one sales of more than $4.6 billion, per IRI.