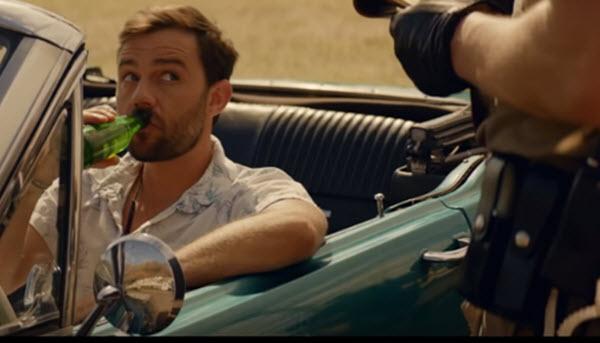 Heineken is looking to tap into health-conscious consumers’ growing interest in non-alcoholic beer, with the U.S. introduction of its Heineken 0.0.

The beer was launched in Barcelona, Spain in May 2017, and has since been introduced in more than 30 countries. It's now being rolled out nationally in U.S. retailers that sell beer, with placement next to regular Heineken.

Heineken views 0.0 as a way to boost the overall category with incremental sales by enabling new occasions for drinking beer. 0.0 is being positioned as a "fun," non-alcoholic choice for moments when regular beer is inappropriate.

Non-alcoholic beers — including leading brands like Anheuser-Busch InBev’s O’Doul’s — currently account for under 1% of U.S. beer sales. The subcategory has until recently seen little investment from brewers, and is “dated” in the minds of consumers, according to Heineken.

But Heineken and other big brewers are introducing new products to attract the young adults who are looking for low calories (0.0 has just 65) and tend to perceive wine, spirits and spiked seltzers as healthier than regular beer. The uptrend is already underway: Global Market Insights estimates that worldwide sales of alcohol-free beer will exceed $25 billion by 2024. Heineken reports seeing sales and share gains in the U.K. after introducing 0.0.

The U.S. campaign for Heineken 0.0, launching this week, includes four 30-second ads for digital and television themed “Now You Can.”

The humorous ads, from Publicis, have been aired previously in other markets, and are viewable on YouTube.

They show people drinking what appear to be regular beers in inappropriate situations like work settings, then deflating shocked observers by revealing that the beverage is actually alcohol-free Heineken 0.0.

The first ad to air on U.S. cable and network TV, starting this weekend, features an executive causing a stir by drinking a 0.0 while giving a formal business presentation (below).

The other three spot vignettes take place on a film set, at a gas station, and in a parking lot. (The last two supply unexpected twists, as the 0.0 drinker finds that some people don’t care enough to be faked out by the ostensibly rogue behavior.)

Heineken — which says it spent a decade developing the all-natural-ingredients 0.0 in order to get it to be nearly indistinguishable from regular beer — will also use social media and influencer marketing.