If one man could be said to have turned direct marketing from a business backwater into a global phenomenon, it was Lester Wunderman. In fact, he named it.

The news broke this morning that Lester has passed away. And while it is hardly premature when a man of 98 dies, it has to fill email marketers and everyone in this business with sadness and a certain awe.

Not that Lester ever focused on email marketing in particular, but everything he did before it paved the way for it.

His career started in the 1940’s. Direct-response advertising was then focused on products, not least of which was a book titled “I Was Hitler’s Doctor,” a somewhat iffy title that Lester sold.

Then there was his 13 Power Telescope, a device that kids could use to look for planes in the sky. Only one problem: It wasn’t 13 Power — the supplier’s fault. Lester ran into a slight regulatory issue and took a bath on that one.

Lester eventually was hired by Max Sackheim, co-founder of the Book of the Month Club, at his newest business: The Sackheim Agency.

But Wunderman irritated Sackheim by returning from visiting clients without writing any copy. Sackheim, who carried transparent pads and wrote ads in front of his customers, would ask, “Did you tell the clients jokes?”

No, he didn’t. Wunderman was more interested in vision and strategy.

“He verbally put his arm around the prospect,” said Andi Emerson, the late founder of the John Caples Awards. “You had to hire him.”

In the 1950s, a time when the computer had barely penetrated the advertising business, Lester helped launch the American Express Card — creating the campaign, and to some extent the product itself.

American Express had decided it should move beyond traveler’s checks. So in 1958, after an abortive bid to buy Diner’s Club, it launched the card.

American Express was “not a classic mail order company,” Wunderman said in a 1996 interview. “They were selling services. In those days, the charge card market was business executives — their T&E expenses were deductible if you could prove it. We had to get executives on their home turf at their business and home address.”

Realizing that the DR business was no longer solely the province of junk mailers, he gave a famous speech in 1967, coining the phrase direct marketing — which he later conceded might have to be replaced.

Lester had little patience with buzzwords. Take the word "loyalty." “Loyalty suggests the willingness to sacrifice,” he said in 1996.. “For example, I’m loyal to my country. So if they ask me to go in the Army and get killed, I guess I will. We all did it. I’m certainly loyal to my family — anyone who breaks in my house, I’m going to risk my life defending them. And I guess if I were very religious, I would defend my faith the same way — risk my life, whatever it is I risk. Would I risk it for toothpaste? I mean, it’s ridiculous.”

Take hotel rooms. “I’m getting the same room as everybody else," he said in 2000. "So what’s the category? I can have it on a certain floor and maybe of a certain size. OK, that’s a difference. But it’s a box, like all the other boxes of its type.”

He enjoyed telling stories, many of which were featured in Being Direct — not your usual business book. One character was the mail order mogul Sam Jasefowitz. (“Do you have a closet I could put this in?” Sam asked when visiting Lester.  “What is it?” “A Rembrandt.”)

Like many pioneers, Lester was fascinated by digital marketing and might well have wished he was still in his prime for it. One can only imagine what he would have done. 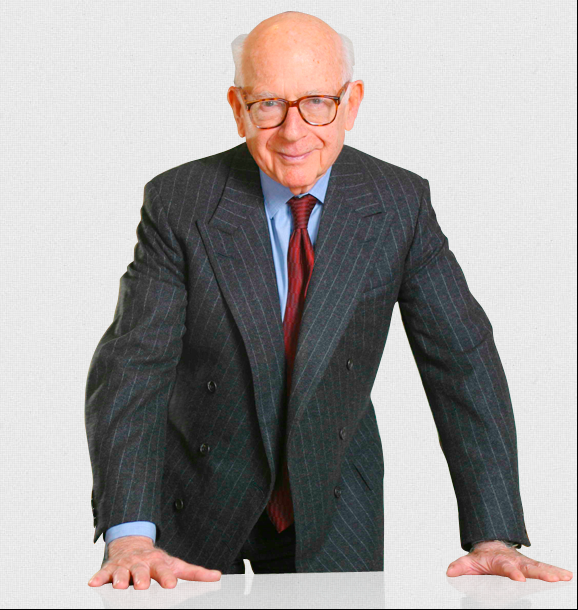