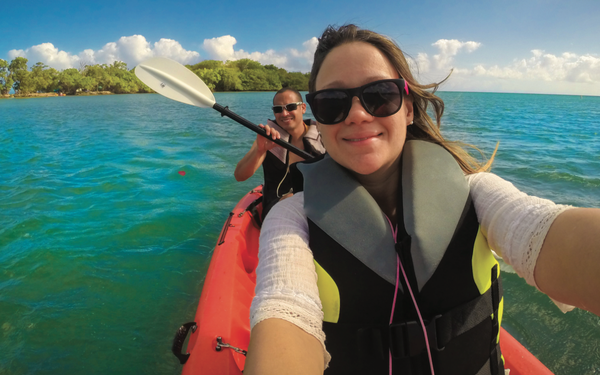 A new report from JetBlue and The Nature Conservancy uses artificial intelligence to evaluate what impact natural resources have on tourism.

Coral reef health is diminishing from the impact of such factors as pollution and climate change, according to the airline.

This report, also supported by Microsoft and the World Travel & Tourism Council, used machine learning and artificial intelligence to quantify the significant value that reefs contribute to the Caribbean economy through reef-adjacent activities, such as sailing, diving and snorkeling, and the direct connection on tourism.

More than 86,000 social images and nearly 6.7 million text posts were studied for identifiers that indicated reef-adjacent activities. The social media metrics were layered with traditionally sourced data from government agencies and the tourism industry, such as surveys from visitor centers, sales figures reported by travel-associated businesses and economic data from government accounting systems.

The value of reef-associated tourism is estimated at more than $7.9 billion annually from over 11 million visitors. This accounts for 23% of all tourism spending and is equivalent to more than 10% of the region’s gross domestic product.

This marks the second study funded by JetBlue to measure Caribbean ecosystems and correlate it to travel industry revenue. “Estimating Reef-Adjacent Tourism Value in the Caribbean” follows 2015’s “EcoEarnings: A Shore Thing.” The updated report analyzes the component of the travel sector that depends on coral reefs but does not make direct use of them in the way that diving or snorkeling does.

The countries most dependent on reef-adjacent tourism include many small island nations and JetBlue destinations, like Antigua and Barbuda, Bermuda and St. Maarten, where there may be relatively few alternative sources of income outside of reef-associated tourism.

JetBlue also is donating 50 flights to The Nature Conservancy for scientists to travel to the Caribbean to further research and advance coral reef health.