OMMA Agency Of The Year: Essence 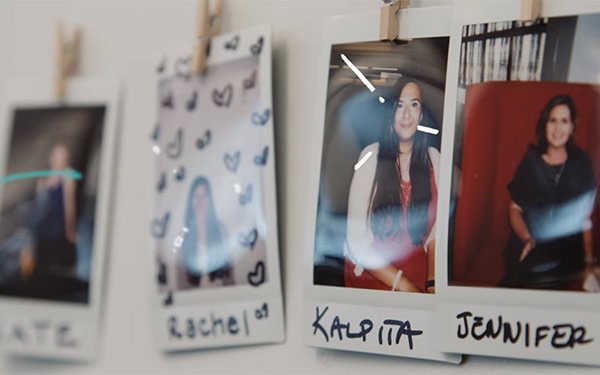 When WPP acquired Essence in 2015, the independent digital media agency was known for its tech chops and hardcore data science, as well as for servicing one core digital brand: Google.

The opportunity was to leverage the secret sauce it created servicing the best-in-class digital brand to service other clients, and ultimately, WPP overall.

After becoming integrated into WPP’s GroupM division, Essence was aligned with the NBC Universal business, as well as the Target account. Last year it picked up T-Mobile, making it a far more diversified portfolio organization that still had some unique, proprietary hooks into the world’s most powerful digital platform.

During 2018, Essence focused on figuring out ways to leverage technology, data and its burgeoning machine science and software development unit — 2SIXTY — as well as its state-of-the-art centralized data and campaign management system, Olive, to create a system that, in effect, automated “best practices.”

The effort was driven as much by an internal GroupM need to turn some of its manpower into machine power in order to keep up with the growing complexity of the business and maintain the consistency of its best practices across a global marketplace.

The strategy manifested in some breakthrough innovations in the use of technology and data, including two that illustrate what differentiates Essence today and what it believes will help it, its clients and parent GroupM, dominate the future.

One is the concept of “custom algorithms.” The other is what Essence has dubbed the “self-driving campaign.” Both are designed to leverage its data, knowledge and tech chops to automate functions that machines can process consistently better than people.

Selfishly, Global CEO Christian Juhl, says it’s also a way for Essence to groom a new generation of planners, strategists and media buyers that have a competitive technological advantage over their peers.

“We have to all get on board with the idea that there’s only one perfect way to do a search campaign. Or only one way to do programmatic campaign that’s best-in-class. Or only one best way to partner with Google, Facebook and Amazon,” he explains, adding: “And how we pull that together in a way so that the machines do all the busy work.”

Currently, Essence is focused on developing ways of doing that for its team and for its clients, with the most cutting-edge applications being beta-tested with its biggest ones, mainly Google.

But over time, Juhl foresees Essence becoming the skunkworks developer of the best technology enabling GroupM’s planning and buying systems too.

If its 2018 innovations are any indication, that could well happen soon.

The system enables account teams to set up campaigns using the data that aligns with its objectives, based on proven best practices that have worked for the client, product, campaigns and audiences in the past, and then lets the teams scale them consistently and globally.

“It’s all predicated on a common taxonomy. Every campaign around the world is set up the same exact way,” Juhl says, adding: “To get an agency to actually operate that way, at any scale, is really difficult.”

When it works well, the method enables new employees or existing teams to get on board quickly.

Once the campaign parameters are approved, algorithms are customized using software, machine learning and AI to optimize their outcomes.

“This is built for impression-level interactions, which is very different than other places that say they want to be a ‘human-planning’ organization,” says Juhl. “This is real data sets that are analyzed in the cloud, the algorithms are doing optimization with AI that allows us to do targeting. I’d be hard-pressed to envision a future where that’s not significantly important to us.”

Kenny Wu, Essence’s global head of search and biddable media, demonstrated its AI-powered bidding for me recently in the agency’s New York office.

“We’re changing the scoresheet on bidding outcomes we use and learning to build on top of that. Historically, the metrics have been things like CPC, or click rate, but we’ve found specific signals that are indicative of things like brand lift or things that are more behaviorally motivated,” he explains, showing a beta version that currently integrates with Google’s DoubleClick Bid Manager for programmatic buys. “What we’ve found is, once we’ve done that, there is a major lift in the average revenue per impression.”

Juhl envisions that someday GroupM television buyers will use similar custom algorithms to optimize television plans that the agency’s media buyers can use to negotiate with.

But the most visceral example of Essence’s mixture of technology, data and people is its “self-driving campaign” system.

The system, which currently is deployed in beta for search campaigns, effectively compresses what it would take a team of 10 people seven days to create — from the original brief, to campaign development, review, forecast, optimization and execution — to just a few minutes.

In a live demonstration, Wu took me through three steps that processed that work into a few minutes of cloud computing time. The only latency was the people time it took to authorize the campaign and allocate the budget, something that currently requires a client’s sign-off.

The implications of the technology raise some powerful questions for Essence, GroupM and their clients too. If the machine-based systems can compress the work of a dozen people into one person interfacing for a few minutes of machine time, what happens to the rest of the organization?

Ultimately, Juhl says they will be redeployed to focus on areas that people can do better than machines, including evaluating the performance of the machine-based campaigns, or creating new ways of connecting with other people that will become the new best practices that the machines optimize.