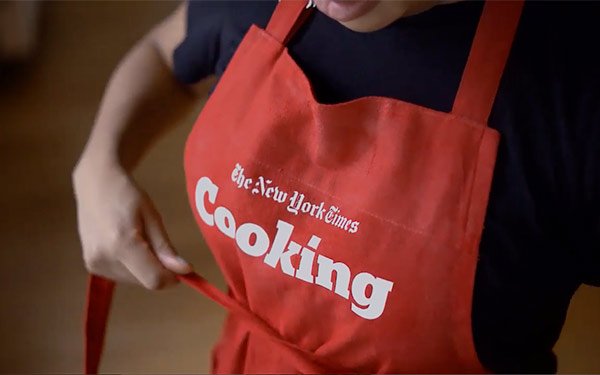 Ever wonder what to roast, toast, flambé or puree?  The first brand-marketing campaign for NYT Cooking, which debuts today, answers those questions and more.

Created by The New York Times brand team along with creative agency Gretel, the subscription service aims at cooks of every skill level — beginners and the accomplished alike.

It will run for four weeks.

The tagline “What To Cook?” underscores the totality of the site’s reach: recipes, advice and food journalism. It is eclectic in its charge; it offers meals for everyday or special occasions, explores specific ingredients and entertaining on a larger scale.

“NYT Cooking has become an essential handbook for home cooks since its inception five years ago. And since we launched subscriptions for Cooking last year, we’ve garnered more than 120,000 of them, a NYT rep said.

Amanda Rottier, vice president, NYT Cooking, stated she hopes the campaign “introduces even more people to NYT Cooking and that many of them decide it’s worth it to subscribe.”

NYT Cooking charges $40 a year or $5 every four weeks. It features curated recipe collections and more than 40 cooking guides.