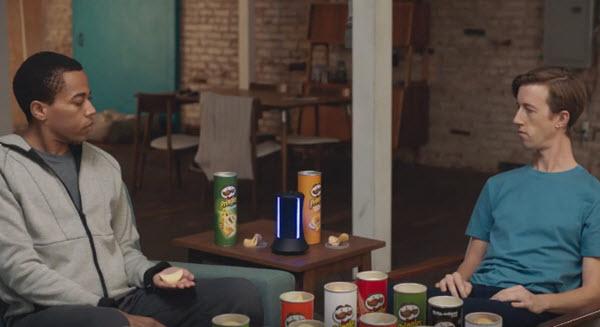 As indicated, the ad features a smart device, with a habit of complaining about its inability to stack Pringles or taste any of the 318,000 possible flavor-stacking combinations.

Two guys listening to the device find a quick way to get it off its whining jag, however: They order it to start playing the classic Lipps Inc. tune “Funky Town.”

Grey Group has also produced a 15-second version of the ad.

In conjunction with the game ad, fans from the teams’ home cities, Los Angeles and Boston, will be able to tweet @Pringles on Jan. 31 and Feb. 1 for a chance to win flavor stacks themed to their cities, delivered by Fooji.