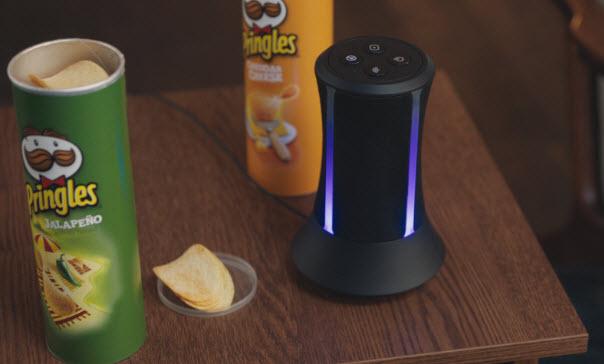 Pringles, which announced last month that it will run a Super Bowl LIII spot, has now released three teaser videos.

The Kellogg Company brand advertised in the game for the first time last year. That ad introduced the idea of “flavor stacking” the numerous varieties of the chips, and featured Bill Hader and Rhys Thomas (who also directed the spot).

This year’s 30-second ad, from Grey Group, continues the flavor-stacking campaign, encouraging fans to try many of the 318,000 combinations that the brand claims are possible using existing flavors.

Just-released 6-second teaser videos (one below, plus two others dubbed “Dream” and “Weather”) reveal that the full game spot will feature a smart device that’s sad, lonely and frustrated that it can’t taste Pringles... but just order them. The ad will also include an “iconic song,” reports Kellogg.

The 30-second spot, to air during the second quarter (and be viewable on streaming channels as well as the network broadcast), will be supported by digital and social media advertising, PR, and product sampling. The brand will be pushing the products’ availability on e-commerce, as well.

Kellogg says that it will release the full ad prior to the game on YouTube and Pringles.com.

Once the game’s teams are decided, Pringles will, on Jan. 31 and Feb. 1, encourage fans in the teams’ two cities to tweet for chances to win free Pringles via delivery app Fooji for their game-watching parties.