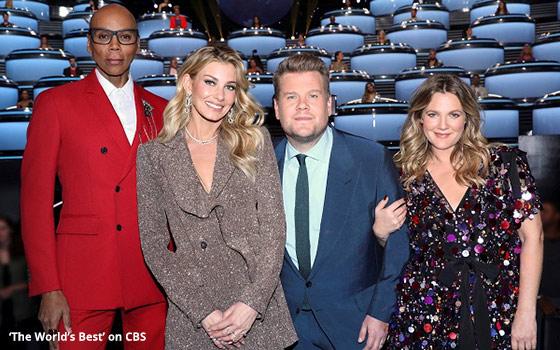 CBS will launch a grandiose global talent show following the most grandiose TV broadcast of the year -- the Super Bowl.

The question is (as it always is): Will viewers stick around after spending most of their Sunday already in front of the TV watching the big game and all the pregame and postgame content?

The answer is not quite yes and not quite no. The fact is, the ratings history of these shows that air just after the postgame coverage indicates that they generally score great ratings.

At the same time, however, these numbers -- which under any normal circumstances on any regular evening would be great -- represent a steep drop-off in viewership from the big game.

That too is not unexpected. No show airing after the Super Bowl should expect to approximate the 100 million-plus viewership of the big game. If they are lucky, these shows might (and often do) draw a fifth or a quarter of that audience.

Even if they draw fewer viewers than that, for the shows that air after the Super Bowl, these numbers are often the best they will ever see.

This year's post-Super Bowl show on this coming Sunday on CBS will be the premiere episode of “The World’s Best,” a new, ambitious talent competition show featuring CBS late-night star James Corden as host and a three-judge panel -- RuPaul, Faith Hill and Drew Barrymore.

These three are styled as the show’s “American” judges, but they will apparently be joined by an array of other judges from around the world who may be more expert in some forms of entertainment from abroad that are not found here.

For these post-Super Bowl shows to work, they must draw those people for whom too much television is apparently never enough.

Perhaps after six hours of watching all of the Super Bowl coverage, these people are so exhausted, or have eaten so much, that they lack the energy or ambition needed to not only get up from their seats, but to grasp the remote in their hands and change the channel or turn off the TV altogether. So there they sit.

More recently, here is how some post-Super Bowl shows have fared, compared to the game that preceded them.