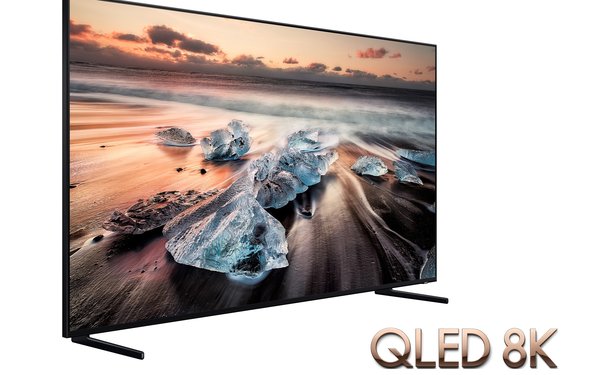 That excellent #4K TV you just bought won’t seem half as good as the #8K you trade up for a few years from now.

By tradition, Super Bowl Sunday is the event some new TV buyers prep for. They want the coolest, best TV in time to see the NFL’s best two teams play for the championship (not to mention a great TV so they can clearly see all the penalties the referees don’t).

So this week should see a steady stream of fans plunking down cash for a new 4K television, which at the moment is the state-of-the-art set for consumers. It’s what’s happening now.

According to market research firm ABI research, the industry shipped 102 million 4K sets worldwide in 2018. Shipments to North America and Europe made up nearly half of that total. ABI expects that consumer demand for 4K flat-panel TV sets will drive the market to grow at CAGR 17.3% to reach 194 million unit shipments in 2022.

But there is always a new thing right around the bend. Right now, that’s 8K TVs. Unless everybody is wrong, 8K sets are someday going to make 4K look like, well, HD. (Hah!)

Japan’s NHK plans to air the  2020 Summer Olympics from Tokyo in 8K. CBS will toy with some 8K cameras at the Super Bowl on Sunday. But generally the trouble with 8K, as Lynn points out, is the trouble every new TV generation of tech has: the technology gets there ahead of the content. Because right now, there is virtually none, which makes it hard to build up demand.

At the Consumer Electronics Show earlier this month,. LG, Sony and TCL also announced 8K sets that are in the pipeline — but the companies were vague on timing and even more vague on price.

Just about the most amazing thing an 8K early adopter can show his friends now is the sales receipt.

The high price tag and the lack of content apparently don’t stop some consumers. Just One Touch Video & Audio Center in Los Angeles claims it has sold 103 of those $15,000 Samsung 8K sets, according to the CEPro website.

Tom Campbell, corporate director/chief technologist for the store, claims the presence of that high-priced 8K makes customers look at the 4K models next to it and conclude that for $2,000 they’re getting a deal.

“The high cost of 8K has increased the value of 4K, [so] 8K has enhanced our 4K sales… no doubt about it.” he tells CEPro.

electronics, technology, tv
3 comments about "That 4K TV You Just Bought Is So 2019".
Check to receive email when comments are posted.
Read more comments >
Next story loading