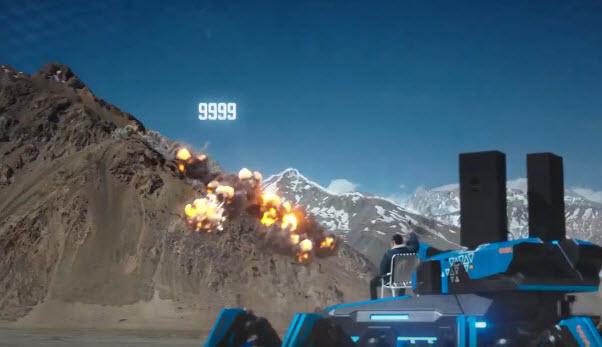 In addition to its formula — which includes vitamins and a combination of caffeine and the amino acid theanine (also found in tea) supposedly shown to improve accuracy and alertness — Game Fuel comes in a can that’s resealable and boasts a “no-slip grip” that mimics the feel of a joystick.

In fact, PepsiCo is positioning Game Fuel as much as a gaming product than as a beverage.

The brand’s first two TV ads, from the Heat agency, appear to achieve their goal of delivering “endemic gaming credibility.” Both were produced in 60- and 30-second versions.

One ad has effects reminiscent of “Call of Duty” — not surprising, given that the new brand was a sponsor of December’s "Call of Duty" World League esports tournament series. This is one of several partnerships with esports events, game makers and retailers that Game Fuel has lined up to bond with gamers.

In this spot, dubbed “Win Sauce," a young male gamer chugs some Game Fuel, which he describes as “16 ounces of pure annihilation,” before using a gaming console to activate a missile launcher (still image above).

The second ad, “Loser Tears” (below), is a full-out tribute to “Game of Thrones” and, presumably, its branded video games.

This one features a female warrior kicking butt — with a lot of help from her dragon — after drinking some “domination in a can,” in the form of Game Fuel.