Can Email Reach The LGBTQ+ Audience? 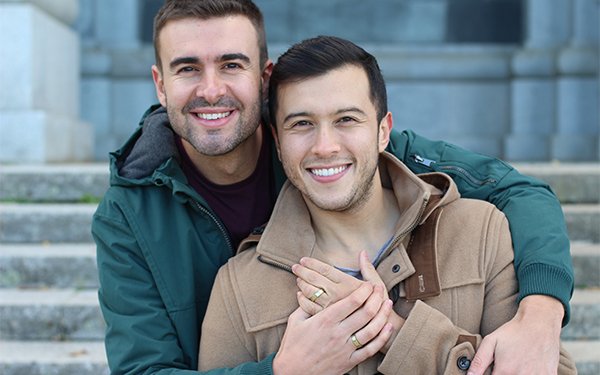 An article out in Forbes today posits that marketers are overlooking a potentially massive audience -- the LGBTQ+ community.

The market is larger than most marketers realize — perhaps 32 million, or 13% of the U.S. population. But it is overlooked.

“Either because brands view it as too risky or they don’t know how to market to this growing demographic, brands spend considerably more of their ad dollars marketing to the African-American, Hispanic and other minority communities than they do the queer community,” John Schneider and David Auten write.

The authors cite a recent report from Kantar Consulting and Hornet, titled The $1 Trillion Blind Spot.

The study documents a changing market, with marked differences among generations.

For example, 92% of baby boomers say they are “exclusively straight,” and 8% that they are LGBTQ+ — perhaps a surprise, given that boomers are the Stonewall generation. However, gay boomers were decimated by plague called AIDs, which may account or the lower numbers.

Among millennials, 80% identify as exclusively straight, and that number falls to 69% of centennials, or Gen Zers, 31% of whom identify as LBGTQ+.

Are those numbers rising because people feel freer to identify as LBGTQ+? -- or, as the study states, that this group “features millions of individuals traditionally — and mistakenly — categorized as straight simply because no one bothered to ask the right questions.”

The study also shows that younger people are rejecting binary labels. Among the centennials, 90% are fluid, and the remainder identify as lesbian/gay.

Some of the surveys findings conform to the stereotypes held by many — for example, 43% say they like to buy brands that show they are successful, vs. 30% of the exclusively straight.

Still, it’s not all a positive story. Of LGBTQ+ consumers surveyed, 40% have experienced discrimination in social media, 33% at work or school, 32% while shopping and 24% when applying for a job.

Then there is the national assault going on against gay marriage, and LGBTQ+ rights in general.

What does all this mean to the email marketer? It depends on the product and vertical, and the relationship that exists between the brand and the customer. But here are a few general tips.

First, that data has to be protected and emails sent only with consent. Second, you need analytics that can discern segments and interests down to the most nuanced levels.

The LGBTQ+. audience is more diverse than you might think. Some individuals face discrimination on multiple fronts — for example, they belong to minorities and have disabilities, or as women.

Then there’s the language — always a challenge. Again, know your audience and their specific wants and needs, and maintain that level of sensitivity across email, call centers and all other touchpoints.

Finally, given the trend toward fluidity, don’t assume that someone who subscribes to something identifies as anything.