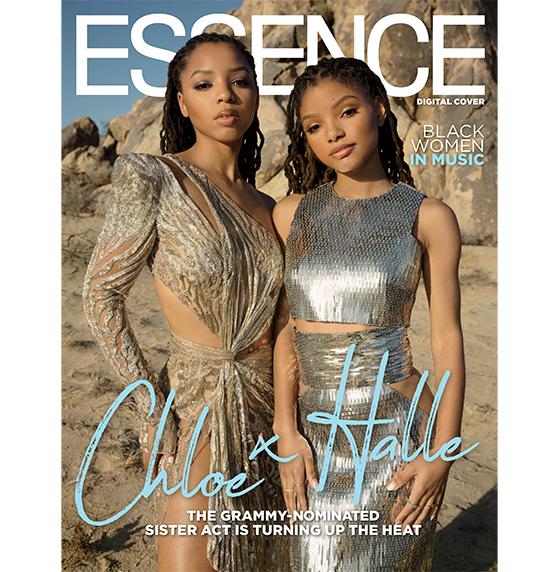 Essence will continue to roll out digital covers each month on the Essence.com homepage.

“Our team is always looking for innovative ways to deliver content to our audience,” Essence Chief Content Officer MoAna Luu told Publishers Daily. “Each month, Essence's digital cover will showcase a sleek, eye-catching design, as well as an interactive rollout.”

The digital covers will come with exclusive custom video content, such as “Uncovered,” which will feature behind-the-scenes interviews and “B-side,” a game featuring cover talent.  The content will be promoted across all of Essence's digital and social platforms and be included in Essence’s monthly print edition.

“The launch of our new digital covers … will allow us to capture the spirit of the global community of multicultural women by sharing their stories and building a platform for their voice,” Luu said.

She added this was an opportunity to highlight talent in the black community — including new and emerging talent. "We want to be able to put the spotlight on black female creatives in front of the camera and behind the scenes — from photographers, stylists and more.”

The cover story, “Dream Catchers,” was written by Essence fashion and beauty director Julee Wilson and dives into the sisters’ reaction to their first Grammy-nomination, the success of “Grown-ish.”

Essencewas sold by Time Inc. in 2018 and became an independent, black-owned media company.

Luu joined Essence in October as part of a new team of C-Suite promotions and newly created positions. She was previously Chief Creative and Brand Officer at Trace Media Group.

Essence has an audience of more than 17 million across all of its platforms, according to Luu.