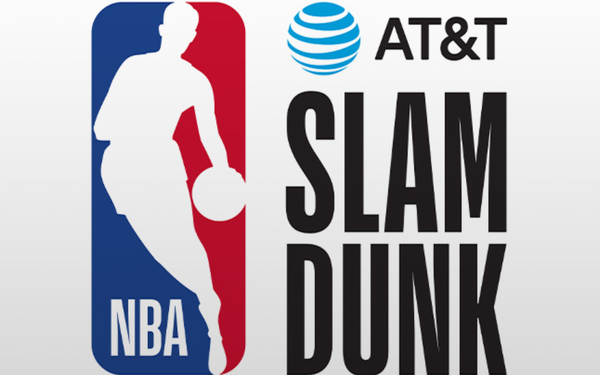 AT&T and the NBA have signed a multi-year marketing partnership, pairing the telecom giant and basketball league to create “enhanced experiences” around the NBA, the Women’s NBA and developmental leagues.

The deal also extends to events like the NBA Slam Dunk contest, which will be renamed to include AT&T in the title, as well as other events held during next week’s NBA All-Star Game when the partnership formally begins.

The company said the arrangement will allow it to create other events and technological innovations with the league that could include virtual reality, and other “immersive technologies.”

The AT&T announcement seemed to take an emphasis-adding detour to tout its “commitment to diversity and inclusion in its workforce, and to accurately portraying women in its advertising and content,” which the company said makes it  “the perfect marquee partner of the WNBA, beginning with the upcoming 2019 season.”

On a much more basic level, the partnership also meshes with the NBA’s current game-coverage content with Turner Broadcasting’s TNT, which is now a part of the AT&T group. DirecTV and live streaming service DirecTV Now, also owned by AT&T, could become part of the partnership’s plans, too.

“AT&T will help create unique experiences for the diverse fan bases represented across all of our leagues,” said Dan Rossomondo, NBA’s senior vice president for media and business development, in a press statement.

AT&T takes over a partnership position the league had with Verizon, though Verizon still has rights to the NBA’s streaming NBA League Pass feature.

Fiona Carter, chief brand officer for AT&T, said in her statement that the partnership would deepen  “our connection with basketball fans who represent increasingly young, diverse, tech-centric and socially engaged audiences that are important to our company.”

It’s hard not to overestimate the growing importance of streaming and streaming devices to the future of professional sports, and the NBA along with MLB have been eager to exploit it.

Bob Iger, CEO of The Walt Disney Co., said earlier this week that its ESPN + streaming service has attracted two million customers in less than a year since its debut. And the Super Bowl attracted a record 2.2 million streaming viewers, up 31% from a year ago. The conventional telecast drew in 98.2 million viewers, according to Nielsen - -the smallest audience since 2008.