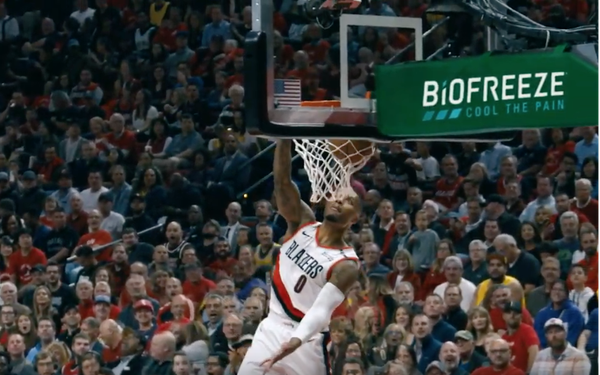 Puma, Ruffles, Mountain Dew and Biofreeze all announced partnerships and activations around the National Basketball Association and its All-Star Games.

Puma and the NBA announced a multiyear deal that will make the international sports brand an official marketing partner. Puma will now be able to feature athletes in their respective NBA uniforms and team logos. Additionally, the brand will be able to curate content that will allow better storytelling of the company and their athletes, according to the company.

Puma played an important part in the early footwear culture of the NBA, said Dan Rossomondo, NBA senior vice president, media and business development.  “As Puma expands its presence in the basketball market with new player relationships and a new line of basketball sneakers, becoming an official footwear partner of the league was a natural next step to help amplify the brand’s return to the category,” he stated.

The brand reentered the basketball market in October 2018 with the launch of its first signature shoe -- the Clyde Court Disrupt -- and recently unveiled its second basketball shoe, the Uproar Charlotte, ahead of NBA All-Star 2019.

Meanwhile, Ruffles, the “Official Chip of the NBA,” announces its return as presenting partner of the 2019 NBA All-Star Celebrity Game, which will air exclusively on ESPN and the ESPN App, at 7 p.m. ET on Friday.

This year, the activation has a charitable twist throughout the entire game that will benefit the Special Olympics. Ruffles and the NBA will host "The Ridge," a 4-point line resembling the ridges in Ruffles potato chips, and Ruffles will donate $4,000 for every shot made from the line to foster environments of inclusion in sports in partnership with the Special Olympics, up to $40,000.

Ruffles will also be sending the ultimate "baller" to the Celebrity Game, a fan winner of the brand's "Live Like a Baller" contest.

Last month, Ruffles challenged fans to submit a video on RufflesBaller.com describing what makes them and their crew "ballers" on and off the court. Fans who didn't submit a video can still catch the action through Feb. 22 by buying a bag of Ruffles and entering the code from the back of the bag at RufflesBaller.com for a chance to win a baller trip with two friends to either Los Angeles or New York.

Mountain Dew also returns to the NBA All-Star Games this weekend. Expanding its relationship with the NBA, the soft drink will be the new title partner of the Mountain Dew 3-Point Contest and will retain its title sponsorship of the MTN DEW ICE Rising Stars game.

The brand will also bring back its “Courtside Studio” activation. Located in the NBA Epicentre in uptown Charlotte, Courtside Studios will feature three days of appearances and fan experiences. Much like last year’s activation, the space will host player interviews (conducted by fan favorites like Allen Iverson) and exclusive musical performances, and fans will have opportunities to win Dew gear. Denver-based Motive conceptualized Courtside Studios.

Mountain Dew Ice and Ruffles are teaming up at the Bleacher Report All-Star Event at Music Factory on a co-branded basketball court that will engage fans and host events throughout the weekend. On Feb. 17, fans will get the chance to watch a 5x5 celebrity basketball game, MTN DEW x Ruffles Ballers Ball, featuring NBA legends, hip-hop artists, and off-the-court influencers.

“Overcome” shows Lillard overcoming such obstacles as his size, injuries and being told he should quit in pursuit of being the best. He’s no stranger to the aches that come with training, so he uses Biofreeze to relieve the pain.