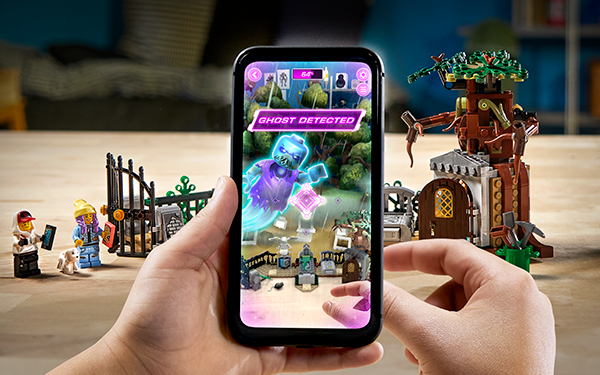 The Lego Group is launching an augmented reality feature integrating the technology with buildings created with the iconic Lego bricks.

In the game, called "Lego Hidden Side," children use the AR feature in the Lego app to turn a haunted world back to normal by capturing ghosts that appear when they aim their phone camera at their Lego creations.

Hidden Side includes a series of eight haunted building sets with hidden interactive challenges when used with the AR feature.

“Our years of experience pioneering the convergence of technology and physical play have taught us that kids expect exciting play experiences that move seamlessly between physical and digital worlds, something we call fluid play,” stated Tom Donaldson, senior vice president, Creative Play Lab at the Lego Group.

“AR presents opportunities to enhance physical Lego play with new action and mastery elements. We’re breaking the mold of gaming-first AR play experiences to create a new type of play where the physical world actually influences the AR layer, instead of the other way around.”

The free app is being shown for the first time at the American International Toy Fair in New York this weekend and availability is scheduled for the summer.