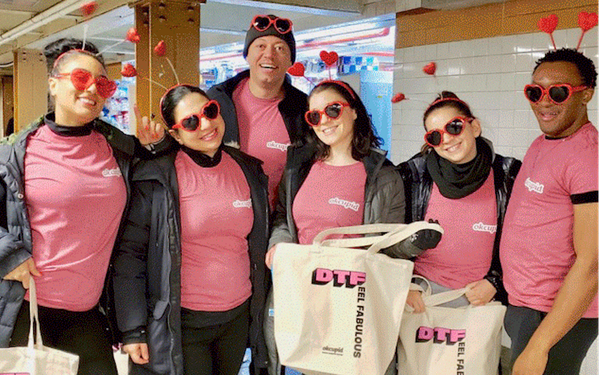 OKCupid wanted to make sure everyone felt the love on Valentine’s Day, not just those finding success on the popular dating app.

So the company used brand ambassadors via GoGorilla to engage with thousands of consumers in multiple cities across the country.

They gave out complimentary gift bags to commuters outside of major train, bus and subway stops.

The gift bags aimed to make everyone feel loved on Valentine's Day, according to GoGorilla. “No matter what their VD plans were, the OKCupid street teams made sure everyone they met walked away feeling special,” GoGorilla stated in a release.

A GoGorilla spokesperson declined to detail how many gift bags were given out or in which cities, other than it was “thousands and thousands in multiple cities.”